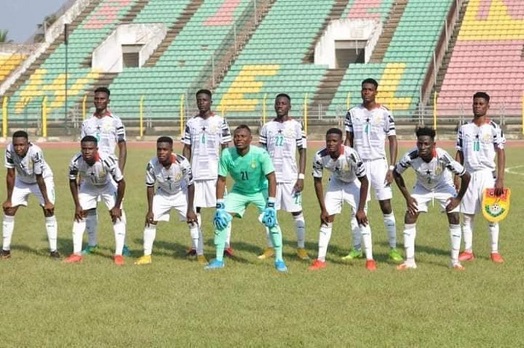 Black Satellites Assistant Coach Augustine Evans Adotey is confident the outfit will scale past the Niger hurdle to reach the final of the WAFU Zone B Cup of Nations.

Ghana will on Tuesday, December 15, 2020 take on the Menas of Niger in the first of the two semi-final games in the tournament.

The Satellites started the competition on a good footing beating Nigeria 1-0 to qualify for the semi-finals, only to lose by the same goal margin to Ivory Coast in their second game.

Ahead of the game on Tuesday, Assistant Coach Augustine Adotey said he and his head coach Karim Zito has map up a strategy to beat their opponent.

"Immediately after the game yesterday, the Technical Director booked an appointment with me together with the Head Coach (Karim Zito) to brief us on how Niger play. This morning, we had a meeting and he gave us tips about Niger’s style of play. He talked us through their style of play, the dangerous players, those with height, how they play, so he encouraged us to map strategy that will see us go pass them come Tuesday. So we will come up with a plan to deal with them and hopefully, we make it to the final."

He added that the return of Precious Boah who got them the winning goal in their opening game against Nigeria is  a timely boost for them.

"Boah is coming back and in yesterday’s game, we gave the balls away freely. Coming back to our preparation ahead of the upcoming game, we did some rehearsals on fitness especially in the penalty area. But come Tuesday, Boah is playing and its good news for the team."