We support the decision of the NSA - Ambassador George Haldane-Lutterodt 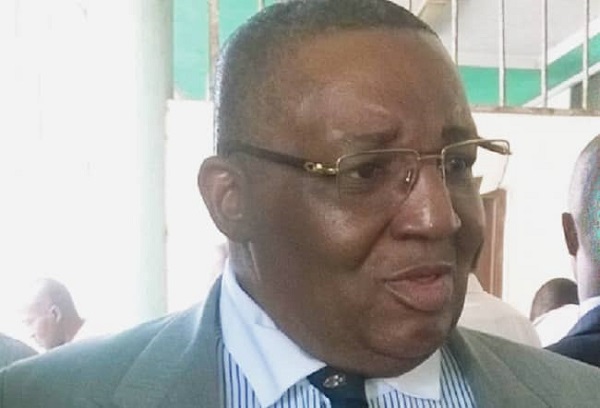 The former president of Ghana Athletics Association (GAA) Ambassador George Haldane-Lutterodt, said, they are solely behind the National Sports Authority (NSA) saying that, "they don't recognize the newly elected executives of GAA.

Prior to the Ghana Athletics Association (GAA) congress which took place in Tamale, August 17, 2019, the National Sports Authority came out with a press release, denying they were not aware of any congress and they don't have any hands in the congress.

This they said was because the one who called for the congress Bawa Fuseini is an NSA staff but he has been transferred and been replaced by Mr Rafix Arthur as the new General Secretary for GAA.

Speaking to Kofi Mensah Ocran of Accra 100.5 FM on extra sports, Mr. Ambassador George Haldane-Lutterodt said:  'who am I to recognize these current executives of GAA, when they are not been recognized by the National Sports Authority?'

"I was contesting for GAA president with Afelibiek Ababu from Upper East Region and Samuel Tetteh Ayer (SESSA) so the day of Congress if they have decided not to contest again, automatically I am left alone, so how come Prof. Francis Dodoo who is been nominated as the Vice President become the president?, He argued.

"I didn't go for the Congress because I was not notified, I only read it from Facebook and some WhatsApp groups. So the day of the congress I was in Accra enjoying my Homowo festival because I am a proud Ga," he added.

"I, therefore, call on the sports authorities, i.e the National Sports Authority (NSA), the Parliamentary Select Committee on Youth and Sports, the Ministry of Youth and Sports and IAAF to declare this election as null and void. And calls for new and fresh elections to elect the new leaders into the Ghana Athletics Association (GAA) office. The current executives for GAA need to be sanctioned for disrespecting the NSA".

"Athletics is dead in this country and we need to put proper measures and leadership in place to revival Athletics," He concluded.