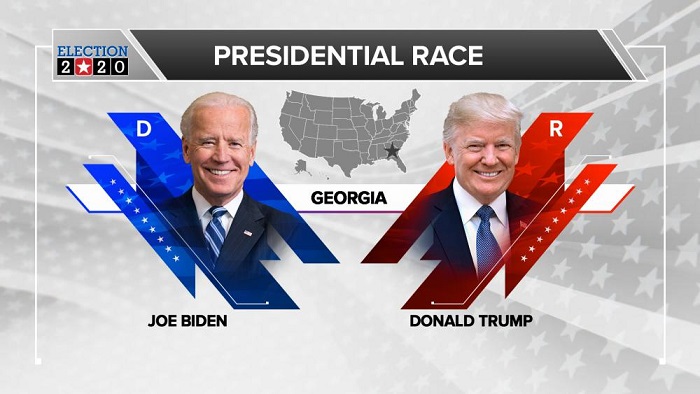 Georgia's secretary of state has announced a full recount of the vote by hand.

"That'll be what we certify, that'll be the last count," he told reporters. "It's an audit, recanvass and recount all in one. It'll be a process that gets it all."

Raffensperger added that Georgia was in the same part of the election process as other states, like North Carolina and Texas, but those states didn't have such a close margin.

"We understand the national significance," he added. "We're doing this because it's really what makes the most sense... We have to run a statewide audit."