Breaking the taboo around menstruation 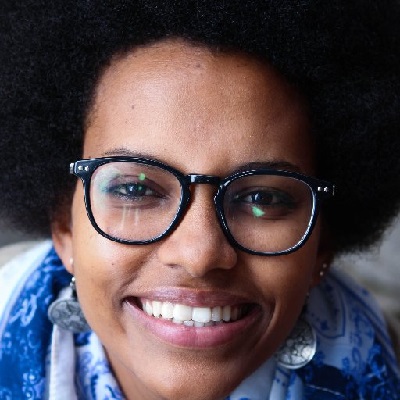 Ethiopian photographer Martha Tadesse has published the latest in her series of portraits of women with quotes of the subjects talking about their first periods.

This one is of Meheret Gebreeyesus who says: "I was too scared when I first had my period, I felt like an older woman because I only heard my older friends talk about it. We have to be open that's all.''

She has also photographed Mekhon Afework who said: ''Even though, my dad believes in open discussions and taught me about menstruation, I didn't tell my family about my period for over a year, I was 12 years old.

"I would just steal my mom's pads, but my mom caught me in the bathroom one time and I had to pretend that it was just my first time. You can't open up about it because the society makes it such a taboo.''

Maraki Tesfaye said she did not keep quiet: "I felt burdened when I first saw my period but my parents had told me about it so I was also excited.

"We just need to talk about it. There is nothing wrong with having periods.''
Â