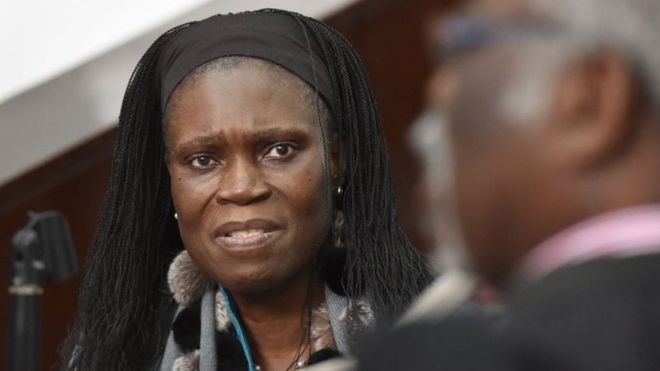 Share
A court in Ivory Coast has acquitted the country's former first lady, Simone Gbagbo, of crimes against humanity. The charges related to the violence that followed the 2010 presidential poll when her husband, Laurent, refused to accept defeat to Alassane Ouattara.
The majority of the judges dismissed the prosecution's argument that Simone Gbagbo, 67, headed a crisis cell and tried to buy weapons.
She is already serving a 20-year prison term for undermining state security.
Ivory Coast has refused to extradite her to the International Criminal Court (ICC) in The Hague, where Laurent Gbagbo is on trial for crimes against humanity.
The ICC has issued a warrant for Simone Gbagbo on similar charges.
More than 3,000 people died in the violence after the 2010 presidential poll.
Laurent and Simone Gbagbo were arrested in 2011 after troops stormed a bunker where the pair had taken refuge in the main city, Abidjan.
Source: BBC
Â