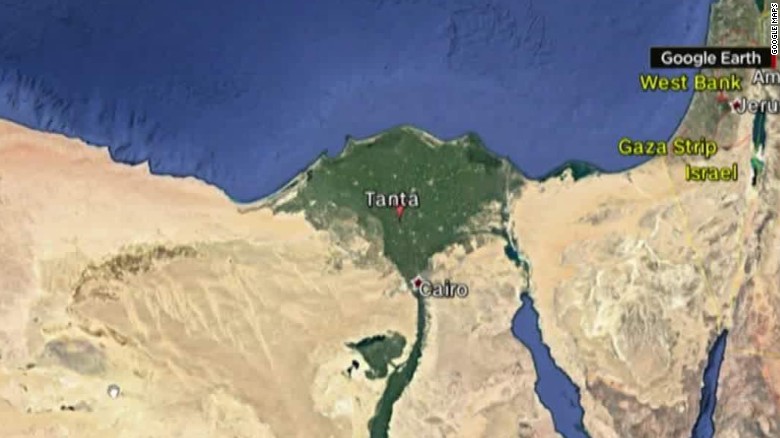 At least 15 people were killed by an explosion at a Coptic Christian church in northern Egypt during a service to celebrate Palm Sunday, state media reported.

An additional 40 others were wounded in the blast at St. George (Mar Girgis) Coptic church in Tanta, according to state-run al-Ahram newspaper.

Palm Sunday is the Sunday before Easter and marks the start of Holy Week for Christians.
In December, an attack at a Coptic church in Cairo killed 25 people.

Copts face persecution and discrimination that has spiked since the toppling of Hosni Mubarak's regime in 2011. Dozens have been killed in sectarian clashes.

Coptic Christians make up about 10% of Egypt's population of 91 million.

They base their theology on the teachings of the Apostle Mark, who introduced Christianity to Egypt.
Tanta is roughly 60 miles (96 kilometers) north of Cairo, in the Nile delta.