'Heads up': Nigerian athlete warns after wig falls off during event 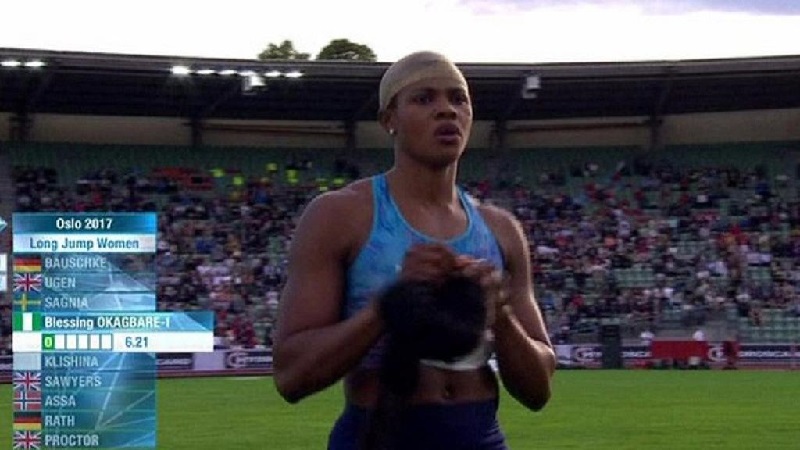 28-year-old Nigerian Olympic and world championship medalist in long jump, Blessing Okagbare-Ighoteguonor gave the world a Aha moment after her wig fell off during a track and field event in Norway.

Her black wig fell off on Thursday after jumping 6.21 metres to finish seventh in the Diamond League meeting in Oslo.

She patiently waited for the jump to be recorded before grabbing her hairpiece that gave her away.

Okagbare fixed it graciously and later posted the video on her Instagram page saying: â€œWhen you talk about something for so long and it eventually happened â€¦ Oh well, it is what it is then â€¦ heads upâ€¦â€

She added a few smileys to express her emotions which included awe and strength.

It didnâ€™t look that way for her fans and the public who had witnessed their first wig-fall in a jump event.

Okagbare won a silver medal at the 2008 Beijing Olympics and has won Commonwealth gold in the 100m and 200m.