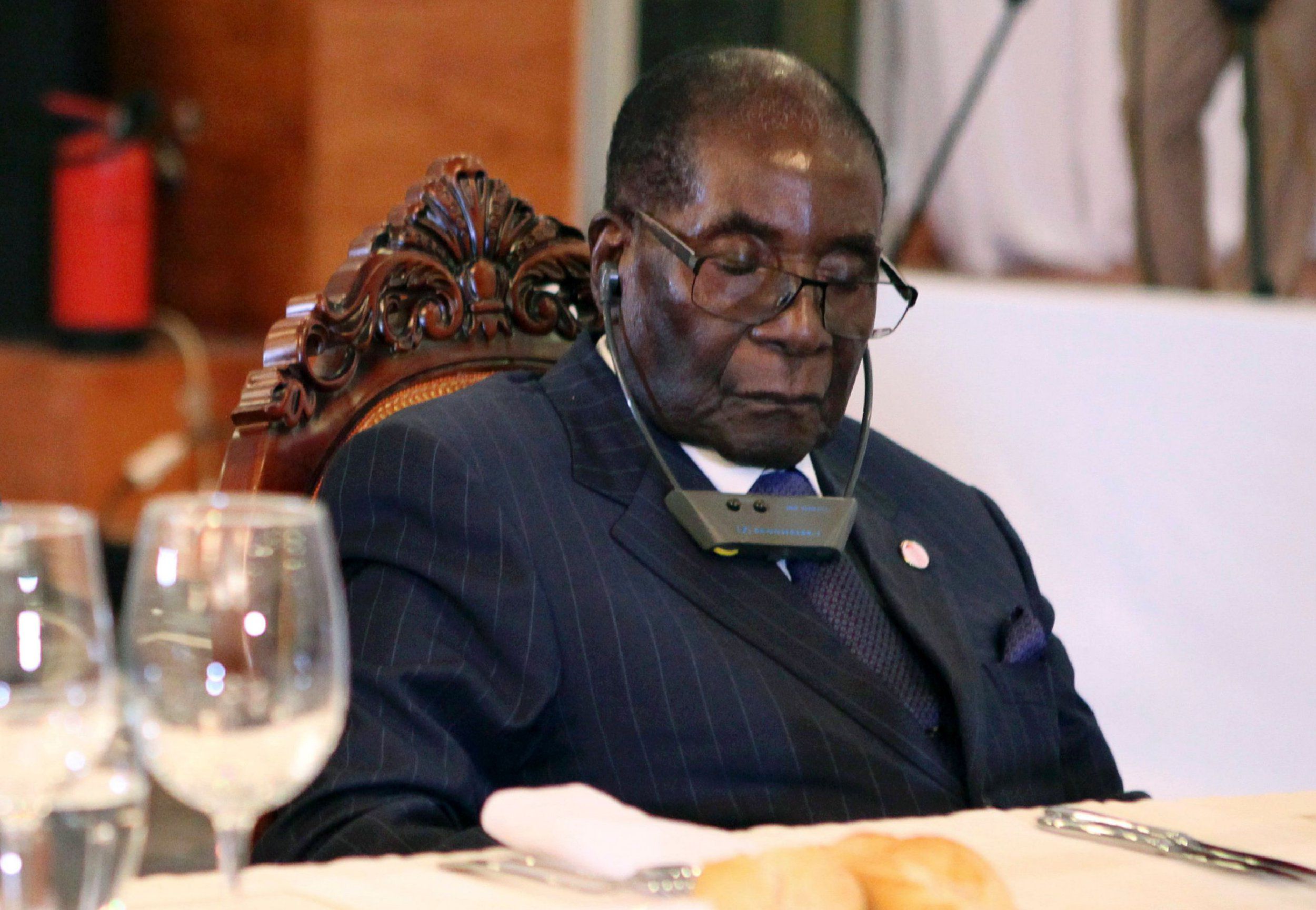 Opposition political parties have demanded the immediate retirement of President Robert Mugabe, accusing the near-centenarian of running the country from a hospital bed.

Mugabe, who turned 93 this year, quietly left Harare for Singapore at the weekend, renewing speculation over is health.

His Zanu PF party was forced to cancel a rally he was supposed to address in Lupane last Friday, suggesting the trip abroad was not scheduled.

"President Mugabe should simply retire and concentrate on resting after several decades in active politics," he said.

"He (Mugabe) is no longer a young man and the punishing schedule that he gives himself isn't good for his physical, mental and emotional health.

"These frequent visits to Singapore serve to confirm that his health is now in need of constant care and monitoring. Mugabe should immediately step aside and allow Zimbabwe to move forward under a new leader.

"It is so regular that the (newspaper) headlines should have been 'President gone back home'. It (Singapore) is literally his home now; we are a shame as a nation. We have failed to retire this old man."

Kurauone Chihwayi of the Welshman Ncube-led MDC said Mugabe was taking Zimbabweans for granted by running the country from a hospital bed.

"The country is stagnant today because the Zanu President is running the show from his hospital bed," he said.

"Elections in Zimbabwe are now an urgent issue for the country to move forward band we cannot continue like this and expect the country's early discharge from the Intensive Care Unit anytime soon."

He added; "We are reiterating our call for Mugabe to step down now.

"The focus is now on the ailing President not on the economy leadership change is required in Zimbabwe to enable the country to heal socially, politically and economically. I am not seeing a miracle saving Robert Mugabe from an election defeat."

Mugabe has ruled out retirement, claiming he does not see a potential successor in his ruling Zanu PF party.

He is set to seek another five-year term in office next year. He has ruled Zimbabwe since Independence in 1980.