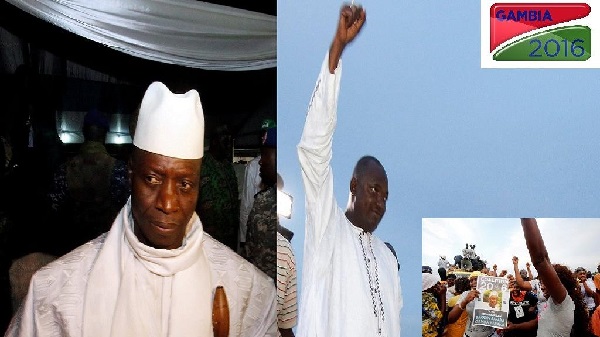 Barrow led with 263,515 votes, while Jammeh got 212,099 and Mamma Kandeh got 102,969 votes, the chairman of the Independent Electoral Commission Alieu Momarr Njai declared on Friday.

Jammeh is expected to address the nation in a live broadcast later on Friday.