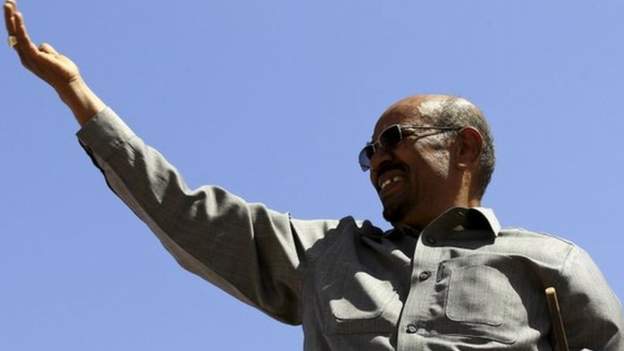 Sudan's leader Omar al-Bashir has praised US President-elect Donald Trump, saying he it will be "much easier" to deal with him, the Emirati al-Khaleej newspaper reports.

Â Mr Trump "focuses on the interests of the American citizen, as opposed to those who talk about democracy, human rights and transparency'', Mr Bashir said in an interview published by the newspaper.
He added that "we can deal with double-faced people but here we have a person with a clear line".
"I am convinced that it will be much easier to deal with Trump than with others because he is a straightforward person and a businessman who considers the interests of those who deal with him,'' Mr Bashir said.
The Sudanese leader seized power in a coup in 1989, and has been accused of leading a repressive regime ever since.
He is wanted by the International Criminal Court (ICC) on charges of genocide in Darfur. He denies the charges.