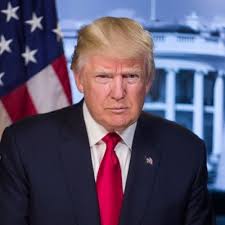 The US has carried out a missile strike against a Syrian air base in response to a suspected chemical weapons attack on a rebel-held town.

Fifty-nine Tomahawk cruise missiles were fired from two US Navy ships in the Mediterranean. Six people were killed, the Syrian army said.

It is the first direct US military action against forces commanded by Syria's president.

The Kremlin, which backs Bashar al-Assad, has condemned the strike.
It comes comes just days after dozens of civilians, including many children, died in the suspected nerve gas attack in the town of Khan Sheikhoun in Idlib province.

What action has the US taken?

They targeted aircraft, aircraft shelters, storage areas, ammunition supply bunkers and air defence systems at the Syrian government-controlled facility, according to the Pentagon.

Speaking from his Mar-a-Lago estate in Florida, Mr Trump said he had acted in America's "vital national security interest" to prevent the use of chemical weapons.

"Tonight I call on all civilised nations to join us in seeking to end this slaughter and bloodshed in Syria and also to end terrorism of all kinds and all types," he said.

It is not known whether the six people killed were civilian or military.
A BBC News producer has been sharing reports from people near to the base on social media, with one describing "total devastation".

President Trump has previously spoken out against US military involvement in Syria, instead calling for a greater focus on domestic interests.
Only last week the US Ambassador to the UN, Nikki Haley, said Washington was not prioritising the removal of the Syrian president.

However, Mr Trump said "something should happen" against the Syrian leadership following the deaths in Khan Sheikhoun on Tuesday, without giving details.
US Secretary of State Rex Tillerson also signalled a sudden shift in policy on Thursday, saying that Bashar al-Assad should have no role in a future Syria

How has Russia responded?
The Russia government is one of President Assad's most important allies and its military has been targeting all rebel groups in Syria, including jihadists such as so-called Islamic State but also the more moderate opposition forces that the US and other Western nations have been supporting.
The Pentagon said the Russian military had been informed ahead of the US action.
But the Kremlin reacted angrily to the US strike, which the Syrian army said had caused significant damage.