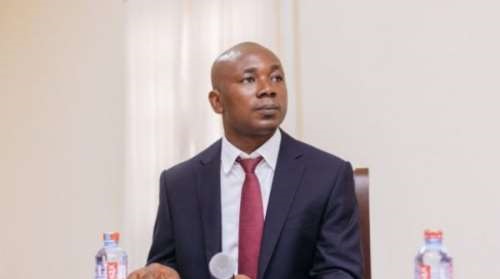 Apart from paying the normal interest rates other countries pay when they borrow from the international capital market, Ghana and other nations on the continent cough out an additional US$2.5billion to wealthy lenders yearly as ‘African risk premium’, Professor of Finance at the University of Ghana, Godfred Bokpin, has said.

According to the professor, the African risk premium is just an additional cost on the continent’s economies simply because they are perceived to be risky and not because of their macroeconomic fundamentals – a practice that he says is very unfair.

“The fact is that every country goes to borrow. Countries like the USA, Japan and the rest are borrowing at a very low rate; but when African countries go to the market, in addition to what is normal – the equilibrium price, we have to pay something extra simply because of what is called the African risk premium,” he said.

Prof. Bokpin spoke during an event hosted by Africa Centre for Energy Policy (ACEP) on the topic ‘Drivers of Ghana’s recent debt and its implications for the economy’, where he cited predatory lending as one of many reasons for Ghana’s ballooning debt.

He bemoaned that these extra payments are demanded only when African countries are borrowing – reflecting the excessive opportunism exhibited by wealthy lenders toward the continent.

He said it also shows the global financial architecture to be anti-Africa/anti-developing nations, since these excess payments affect countries’ ability to repay loans; thereby increasing their debt levels and hence must be stopped.

In 2022 alone, Ghana faces external debt-servicing to the tune of US$2.75billion according to Fitch, including amortisation and interest – and a further US$2.8billion in 2023.

Of Ghana’s total public debt of US$55.1billion – which is equivalent to 78 percent of GDP as of March 2022 – 40.2 percent, i.e. US$28.3billion, is owed to external parties. And of the external debt about 57 percent is owed to commercial creditors, predominantly in Eurobonds.

All these payments starve government of much-needed fiscal space to invest in productive sectors of the economy like infrastructure, education and healthcare.

Other drivers of Ghana’s recent debt

The country’s debt is projected to end 2022 above 80 percent, with Prof. Bokpin identifying unproductive use of borrowed funds, fiscal indiscipline, election-related excesses, COVID-19 and Russia-Ukraine conflict as other drivers of public debt.

READ ALSO: About 68% of workforce engaged in vulnerable employment – GSS

He also cited the false hope of endowed fiscal space as a result of rebasing of the economy and the conferment of middle-income status, as well as failure to transform the economy from dependence on raw material exports as major problematic factors for the country.

To ensure African economies are treated equally like others, Prof. Bokpin urged the African Union (AU) to use its collective bargaining power under the African Continental Free Trade Area to renegotiate better lending terms for the continent.

He said: “Maybe we have to try and renegotiate this global financial order in a way that creates a level playing field; and I am expecting the African Union to use our position of strength under the AfCFTA to negotiate some of these structural bottlenecks which inhibit Africa’s progress, including unfavourable terms of trade,” he advocated.

An even international capital market, he added, will help countries to borrow at a lower rate and in a manner which does not put extra burden on their debt sustainability.