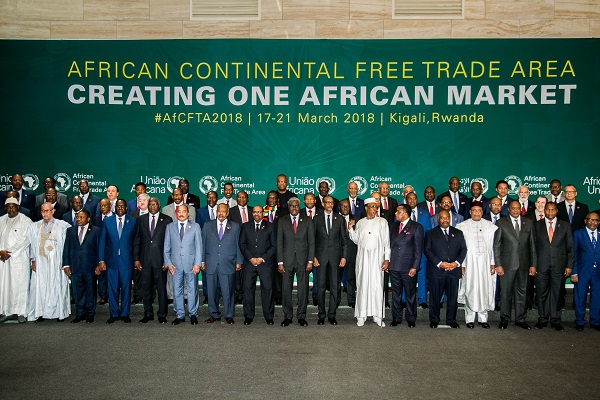 Policy and advocacy think tank, AfroChampions has provided a detailed report of how the global pandemic could disrupt this beautiful plan which would have changed the face of trading among African countries.

The AfCFTA was described as the game-changer for Africa's socio-economic development by the Macroeconomics and Governance Division, Economic Commission for Africa (ECA).

The March 2020 opening and operationalization of the Accra AfCFTA Secretariat has delayed. AfCFTA Secretary-General has been sworn in but is without the full complement of secretariat teams due to disruptions to recruitment and staffing.

The AfCFTA, which is headquartered in Accra would have provided the opportunity for Africa to create the world's largest free trade area, with the potential to unite 1.3 billion people, in a $2.5 trillion economic bloc and usher in a new era of development.

AfroChampion in their report said that the continent as a whole had a commitment and readiness level of below 50 percent arguing that, Africa that was looking forward to opening its borders to a new trade revolution starting July 2020, now has almost all of its borders shut in order to fight the pandemic.

They believe with this pandemic, it is likely some more countries will lose interest in AfCTA and that could have a negative impact on the policy.

They also predicted that COVID-19 could plunge some companies into serious financial stress.

“COVID-19 is already destroying much of the African private sector. AfroChampions early surveillance indicates some of the continent’s strongest companies and businesses are already in severe financial stress. Without an industrial rescue plan COVID-19 could further de-industrialize Africa”, portions of the reports said.

The agreement was brokered by the African Union (AU) and was signed on by 44 of its 55 member states in Kigali, Rwanda on March 21, 2018. The agreement initially requires members to remove tariffs from 90% of goods, allowing free access to commodities, goods, and services across the continent