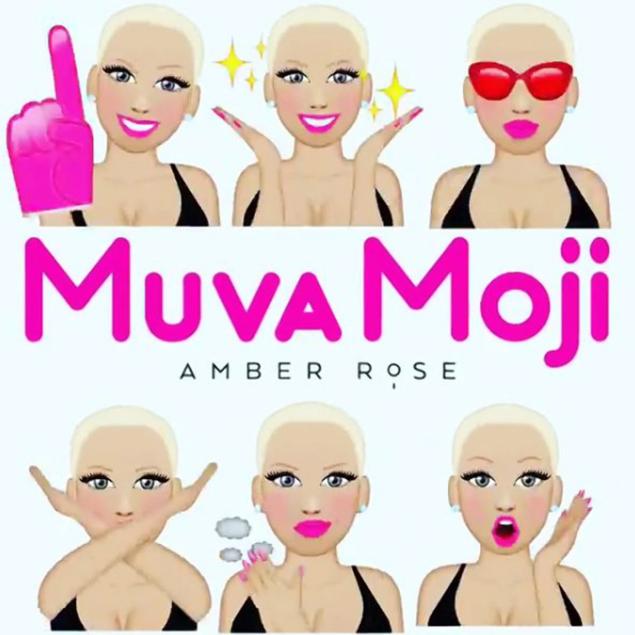 Amber Rose has made $4 million from her new emojis after signing a deal with the app's developer, and her MuvaMojis range raked in $2 million on its first day.

The 32-year-old star debuted her MuvaMojis, a set of 900 symbols available from Apple and Android app stores, yesterday (31.03.16), and the model is said to be set to receive a cut of the profits after the successful start.

Sources close to the fashion designer also told gossip website TMZ that Amber has already made $4 million out of the app after signing a deal with developer Appmoji.

Amber's app features many designs, including one glittery emoji stating 'Free Kesha', in support of the 'Tik Tok' hitmaker who is currently involved in a very public legal battle with her record label to be released from her contract over allegations of sexual abuse she has made against producer Dr. Luke.

Announcing MuvaMoji, Amber said: ''Hey, you guys. It's Amber Rose, and I've got a new app - MuvaMoji. Download it on iTunes and Android. Have fun, Rosebuds! I love you guys! (sic)''

Some supporters have likened her app to Kim Kardashian West's Kimojis app, but the star is said to be adamant she didn't imitate the 'Keeping Up with the Kardashians' beauty.

A source told the gossip website Amber is confident her emojis represent her personality.