‘Be daring enough to invest in uncommon mining sectors’ 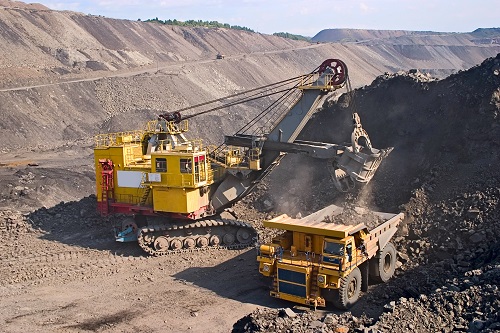 A former CEO of Chamber of Mines, Dr. Tony Aubyn has called on indigenous mining entrepreneurs to venture into uncommon areas such as bauxite, manganese and iron ore in order to optimise the potential in those sectors.

He told Business24 in an interview that: “If the Ghanaian mining entrepreneur will be daring enough to go to unconventional areas like bauxite, manganese and iron ore, I think it is very important.
We need to encourage Ghanaians to go into those unchartered territories.”

Although government has demonstrated its commitment by way of policies and legislative instruments in exploring the economic potential in other minerals by setting up the Ghana Integrated Aluminium Development Corporation and the Integrated Iron and Steel Development Corporation, the main focus of the country’s mining industry remains largely gold.

Ghana is one of the world’s top-10 gold producers and the largest in Africa.

It is also a major producer of bauxite, manganese and diamonds and it is these other minerals that Mr. Aubyn wants to gain prominence.

These state corporations cannot shoulder all the responsibilities and the former Chamber of Mines CEO believes that when a local mining entrepreneur is given the needed support they can equally rake in millions of dollars for the state by way of foreign exchange.

The current administration in 2019 ramped up its desire to tap into the nation’s other mineral resources particularly bauxite which they saw as the country’s ticket to economic growth thanks to a big-name partner — China.

However, campaigners and water experts raised concerns and indicated that the environmental cost was too high: Mining would taint the water, they claim.

Ghana was looking to mine bauxite to in a barter deal with China’s Sinohydro Corp. Limited. Sinohydro was expected to deliver $2 billion worth of infrastructure projects across the country, which Ghana would pay back with proceeds from the sale of the refined bauxite.

China is the top buyer of minerals and rocks from Africa, pouring tens of billions of dollars into mining across the continent over the past decade — an investment that has fueled the country’s reign as the world’s largest aluminum producer.

The Asian powerhouse remains Africa’s biggest funder of infrastructure projects. It has pledged reams of cash for roads, bridges, power plants and oil refineries.
The seemingly grand deal was halted due to the onset of the coronavirus pandemic which had to alter government’s plans.