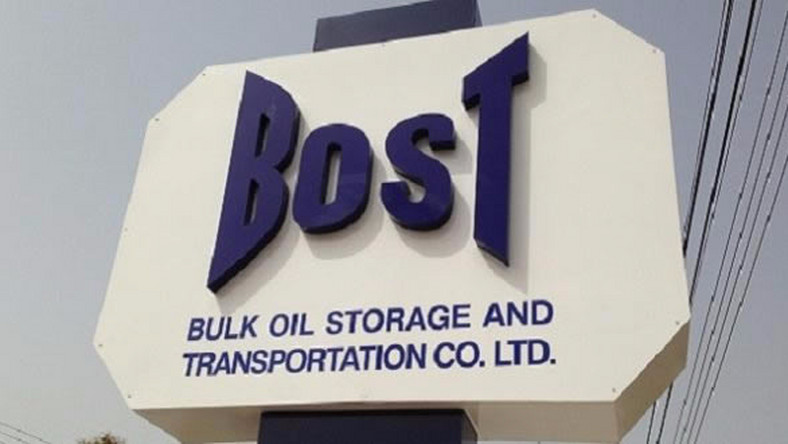 The Bulk Oil Storage and Transportation Company Limited (BOST) says it made a profit of GH¢30 million in 2020 and not the reported GH¢400 million loss.

A BOST statement said the state-owned company made profit before tax of GH¢30million, contrary to widely publicised losses of GH¢400 million. It said such reports are inconclusive of all the metrics needed to arrive at profit or loss

“The report of the GH¢400 million losses made by BOST is not accurate,” it read.

The statement comes on the back of what it describes as erroneous reports, citing a State Interest and Governance Authority (SIGA) report, which suggests that the Edwin Provencal-led BOST made losses to the tune of GH¢400 million.

He was, however, quick to add that unpaid tax obligations over the five-year period to date, the reduction in the value investment in GOIL and forex difference on dollar denominated loans may turn the profit before tax into a net loss for the period,” the BOST statement said, with accompanying documents from its 2020 audited financial statements.

The statement credited this enhanced performance to extensive operational efficiency initiatives including, but not limited to, massive repair works of storage tanks, pipelines and marine assets, replacement of outmoded parts across the facilities of the company in the last two years supported by improved marketing and customer service.

Consequently, it said in the past two years, BOST’s income-earning assets has improved from 18 percent to 91 percent.

On the issue of net loss after tax, the statement said several events outside management’s control impacted the overall business negatively, thus, posting a loss for the year 2020 as contained in its statement of comprehensive income.

“Firstly, BOST as part of its drive towards operational excellence undertook a revaluation of its assets in the 2020 financial year. This had become necessary as most of the assets still in operation had been written down to near-zero levels whilst still useful in the operations of the company.

As required by the International Financial Reporting Standards, when assets are revalued, the increase in their values is taxed resulting in larger tax obligations. The revaluation which was a deliberate decision to enhance the reporting of the company led to a deferred tax obligation of GH¢293 million compared to the net loss of GH¢291 million, a difference of GH¢2 million.

The increase in the value of the revalued assets also resulted in increased depreciation charges which further reduced the bottom-line or the profit for the year,” the statement explains.

Secondly, it added that BOST owns a 20 percent stake in GOIL and that in any financial year, any loss in the market value of shares of GOIL is computed and this reduces the income of BOST to arrive at its net profit or loss for the year.

For instance, it said in the year 2019 to 2020, its investment in GOIL saw a reduction of GH¢16 million in market value. This event, according to the statement, is external to BOST operations and therefore to gauge the performance of BOST management and staff by this loss in investment would not be fair.

“This is the reason we should rely on the profit before tax rather than all these uncontrollable factors which have been factored in to arrive at the net profit or loss for the year.

The recorded net losses for the years 2019 and 2020 per the income statement were therefore GH¢101 million and GH¢291 million,” it clarified.

It further said it remains uncontested that the debt to suppliers and related parties of US$623 million has been paid down to US$39 million, while debts owed local banks of about GH¢273 million has been fully cleared.

Also, pipelines which were procured in 2011 and left to the mercy of the weather in the United States under the AT & V contract have arrived safely on shores and the company expects to complete the installation of the additional 12-inch pipeline between the Accra Plains and Akosombo depots soon.

Despite a reduction in the BOST Margin, the statement assured that the cashflow position of the company remains enhanced and that the repair of the company’s infrastructure continues.

“Your company, BOST has been turned around. Any comprehensive and objective analysis of the audited statements for the past five years will show a company on track to higher performance through enhanced efficiency and we look forward to capitalizing on these modest improvements to make BOST an example of a World-Class State-Owned Enterprise.

We reiterate the fact that your company BOST is on its way to becoming a profitable state-owned enterprise and nothing will derail the resolve of management and staff to achieve this,” the statement concluded.