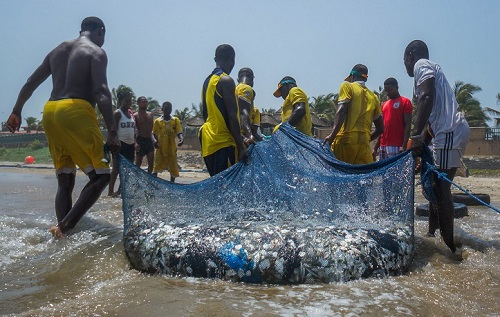 Some fishermen in the Central regional town of Gomoa Nyanyano said the best time for a closed season in Ghana is July-August as they said the closed season had no positive impact on their fishing activities.

The fishermen who complied with the one- month closed season directive from May to June as part of measures to regenerate the country’s fast-depleting fish stock said from their engagements with stakeholders in the fishing sector there will be a shoal of fish during July and August and the need for the government to consider this period for any other intended closed season.

In an interview with Citi FM to assess the impact of the closed season, Chief Fisherman at Gomoa Nyanyano Nana Aful noted that the action yielded no result.

"It has not helped as in any way, the thing should be done in July- August or June- July, I think when they do it during this time it will help us, from 2015 we have been attending some seminars what they teach us is that the fish do multiply by July and August so if there should be a closed season then it should be in July and August and if they do it that way it will help us, they should exercise patience maybe from July 15 forward I think the fish will come."

In the Greater Accra region, fisherfolks at Jamestown are also blaming their reduced harvest on the closed season.

The fishermen, however, say since the end of the ban, they only catch plastics in addition to small amounts of fish.

Some of the fisherfolk noted that they will oppose any directive from the government concerning a closed season in the future.

“The authorities have to be really strict on persons who dump plastics into the sea. If anyone says the closed season was beneficial then that person is telling lies. It seems that God even agrees with us. Something must be done about this practice,” one fisherfolk said.

“We don’t get any catch. When we go fishing, all you come out with is a net full of plastic waste. We return and sit idle without any source of income to feed our families. We have been going for the past three days but we are getting nothing,” another fisherfolk said.

“This period of the closed season has really affected us. Most of the fisherfolk here have no alternative source of livelihood and some have resorted to stealing. It is very embarrassing but they have to find something feed their families. There is no fish, just waste. We will never agree to the close season again,” another fisherman said.