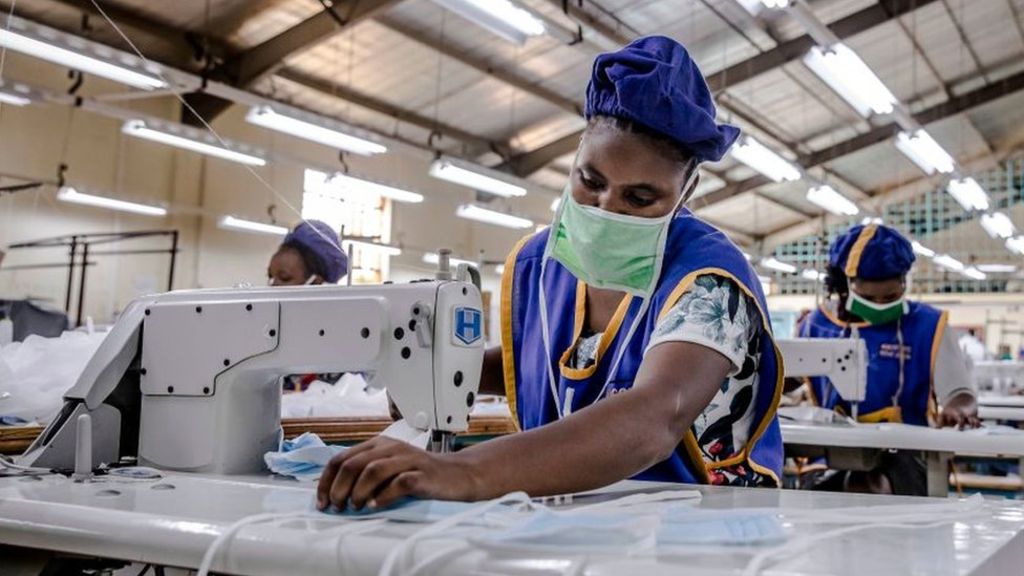 Sub-Saharan Africa will this year suffer its first recession for 25 years as a consequence of the coronavirus outbreak, a World Bank report predicts.

In a grim assessment, the bank says that the region's economy could shrink by as much as 5.1%.

It points to the impact that the virus will have on Africa's key trading partners as well as a fall in commodity prices as the main causes.

These will also negatively affect economic growth on a continent, which has had some of the world's fastest growing economies in recent years.

Earlier this week, an African Union report said that nearly 20 million jobs on the continent "are threatened with destruction".

There are currently more than 11,000 confirmed cases of Covid-19, the disease caused by the virus, and there have been more than 570 confirmed deaths across Africa.

South Africa, one of the continent's largest economies, has been the worst hit and is about to enter the third week of a strict lockdown.

The World Bank said that sub-Saharan Africa could need an economic stimulus of as much as $100bn (Â£80bn) to help it recover.

"Africa alone will not be able to contain the disease and its impacts on its own," Albert Zeufack, the bank's chief economist for Africa, said.

The World Bank predicts that overall sub-Saharan Africa's economy will be between 2.1% and 5.1% smaller by the end of the year.

The economies worst hit by the fallout from the coronavirus pandemic will be those which are dependent on the export of oil and minerals, such as Nigeria, Angola and South Africa, it said.

The report also raises the spectre of "a severe food security crisis" as agricultural production and imports fall.

In addition to debt relief, the World Bank recommends that sub-Saharan African countries need to focus on strengthening health systems. They should also develop policies to support the huge number of people employed in the informal sector, who have no access to any form of insurance, it said.

Last month, in an article in the Financial Times, Prime Minister Abiy said that "African economies are staring at an abyss".

He called on the G20 nations to provide support, particularly for the health systems, saying that "millions of lives are at risk".