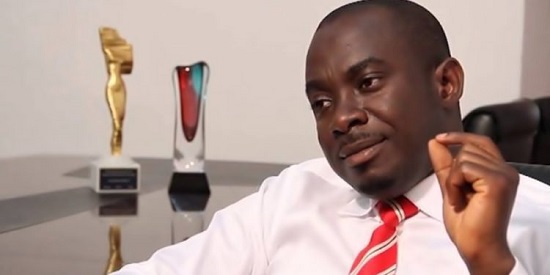 Michael Nyinaku, the founder of the defunct BEIGE Bank, is facing new charges of theft and money laundering.

Before these new charges, he was already arraigned and accused of stealing over GH¢340 million at a circuit court.

According to the facts of this new case at the High Court, when Beige Bank’s license was revoked in August 2018, a review of the financial and other records of the Bank revealed some suspicious and unusual transactions which were subsequently reported.

Investigations revealed that between 2015 and 2018, Mr. Nyinaku used various means to transfer huge sums of money to companies related to him and for his personal benefit.

The funds transferred were depositors’ funds lodged with Beige Bank.

Between 2017 and 2018, Mr. Nyinaku caused the transfer of 10,071 fixed deposit accounts held with Beige Bank in which various customers placed a total of GH¢448,636,210.21 to Beige Capital Asset Management Limited (BCAM), without the knowledge and consent of these customers.

Investigations also revealed that Mr. Nyinaku, between the years 2017 and 2018, caused the transfer of 35 fixed deposit investments of 23 customers of Beige Bank totalling GH¢141,042,348.92 to the Beige Group.

Investigations further revealed that, sometime in March 2018, Mr. Nyinaku caused a fictitious second account to be opened in the name of First Africa Savings and Loans (FASL), an existing account holder with Beige Bank, without the knowledge of the Board and management of FASL.

Mr. Nyinaku then caused the transfer of the sum of GH¢320 million from the accounts of various Beige Bank customers into the bank account of BCAM held with Beige Bank.

Investigations also revealed that the accused person, through the use of payment vouchers, e-mails and memos, caused a total amount of GH¢20,599,052.58 of depositors’ funds lodged with Beige Bank to be transferred to a number of companies and individuals for his benefit.