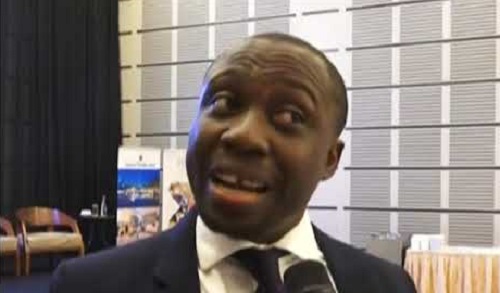 Director of Tax Services at PricewaterhouseCoopers Abeku Gyan-Quansah has expressed worry over the delay in passing the Tax Exemption Bill which was introduced in Parliament last year.

This follows the government's inability to begin the implementation of some tax exemptions given to some investors in the country.

According to him, the delay is having a negative effect on the country's developmental growth.

The Tax Exemption Bill was introduced by the government to give clarity to businesses in critical sectors of the economy that can be given tax holidays as a result of their operations.

The Bill is yet to be passed into law.

Speaking at theÂ Graphic Business/Stanbic Bank Breakfast Meeting in Accra,Â Abeku Gyan-Quansah said parliament should either withdraw or pass the bill into law to bring certainty around exemptions in the country.

"Why has is not still been passed? is it that parliament has a concern, let them raise it or it is no longer relevant, let us know and withdraw it so that we can all have certainty around exemptions. If you have a Bill that reserves certain things in some agreement all other exemptions in other enactments will be removed except what is in the Income Act and the VAT Act."

"Somebody that has invested let's say in the free zone enclave might want to wait to see the position of that before he can invest more," he added.

Â Former Chief Executive for GNPC Alex Mould also said with the right strategies Ghana's tax revenue can be increased from the oil and gas sector.Â

" If you look at the various cost element that the operators like Tullow and ENI put in... the income statement of their financials, that could help us increase the amount of tax that we can get from them."