Elon Musk buys Twitter: How will the platform change? 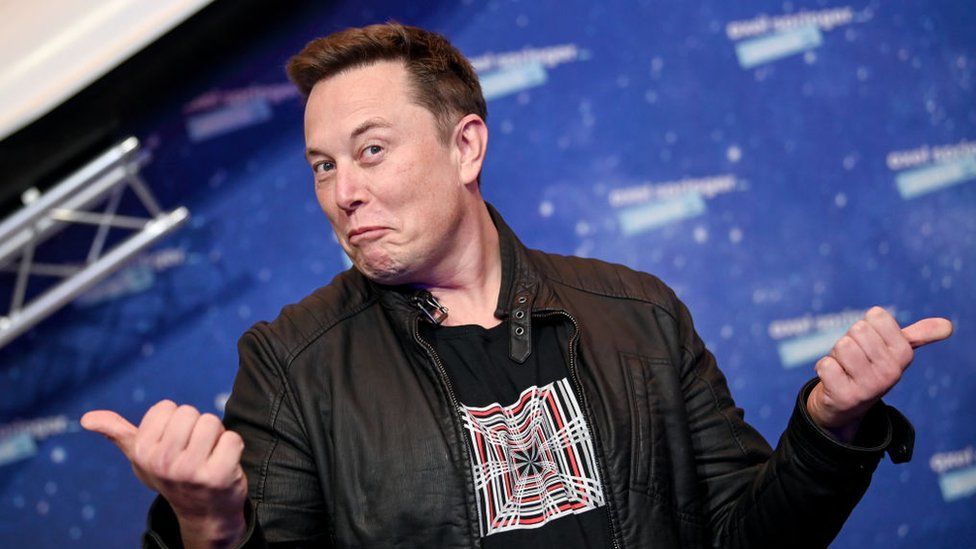 Elon Musk has struck a deal to buy Twitter with a promise to reduce censorship on the platform, raising questions about what his approach will mean for the "digital town square".

Human rights groups have raised concerns that a lack of moderation could lead to a rise in hate speech.

Many Twitter users are also asking whether this means accounts suspended by the company will be allowed back.

The most high-profile person to have been suspended was Donald Trump.

After the news of the deal was announced, human rights groups raised concerns about hate speech on Twitter and the power it would give Mr Musk, who is a self-described "free speech absolutist".

He has been vocal in his criticism of the platform's policies on moderating content, arguing that Twitter needs to be a genuine forum for free speech.

In a statement after striking the deal he described free speech as "the bedrock of a functioning democracy".

In a Twitter thread, Amnesty International said: "We are concerned with any steps that Twitter might take to erode enforcement of the policies and mechanisms designed to protect users.

READ ALSO : Twitter agrees to sell itself to Elon Musk

"The last thing we need is a Twitter that wilfully turns a blind eye to violent and abusive speech against users, particularly those most disproportionately impacted, including women, non-binary persons, and others."

Will Trump return?
Donald Trump's account was terminated permanently last year in the wake of the 6 January riots at the Capitol building in Washington.

But even if his Twitter ban is reversed, Mr Trump says he does not plan to return to Twitter, instead opting to use his own platform, Truth Social.

"I am not going on Twitter, I am going to stay on Truth," Mr Trump told Fox News.

He added that he believed Mr Musk, who he called a "good man", will "make improvements" to the platform.

Representatives of Mr Trump did not immediately respond to a BBC request for comment.

Ming-Chi Kuo, a technology analyst at investment management firm TF International Securities, told the BBC that Mr Trump may decide to return to the platform if he runs in the 2024 US presidential election.

"It's not easy to build a platform with more influence than Twitter before the next presidential election."

Will people leave Twitter?
Mr Musk said that he hopes that even his strongest critics will remain on the platform "because that is what free speech means".

However, some users have threatened to leave Twitter, while others have already quit.

British actress Jameela Jamil, who is best known for her role in TV series The Good Place, said she expects the platform to "become an even more lawless, hateful, xenophobic, bigoted, misogynistic space".

Meanwhile, Caroline Orr Bueno, a post-doctoral researcher at the University of Maryland, said that for now she will stay on the platform, where she has more than 450,000 followers.

Ms Bueno said "we have no idea what it will look like under Elon Musk's leadership".

"What we do know is that if all the decent people leave, it'll get bad here a whole lot faster," she added.

Dan Ives, an analyst at investment firm Wedbush Securities, told the BBC that he expects most users to "take a wait-and-see approach".

"Now it's about courting new users and stopping defectors from the platform," Mr Ives said.

Uncertainty lies ahead
The 11-member board of Twitter unanimously agreed to Mr Musk's $44bn (£34.5bn) offer.

Jack Dorsey, who co-founded Twitter and still sits on its board, said he was happy the platform "will continue to serve the public conversation", even though he does not believe "anyone should own or run Twitter".

"It wants to be a public good at a protocol level, not a company," Mr Dorsey said in a tweet on Tuesday.

"Solving for the problem of it being a company however, Elon is the singular solution I trust," Mr Dorsey added. "I trust his mission to extend the light of consciousness."

Twitter chief executive Parag Agrawal has also addressed employees at a meeting, where he said the future of the company was uncertain, according to the Reuters news agency.

"Once the deal closes, we don't know which direction the platform will go," Mr Agrawal reportedly said.

Politicians react
On Monday, White House spokesperson Jen Psaki told reporters that US President Joe Biden "has long been concerned about the power of large social media platforms", whoever owns or runs Twitter.

Democrat Senator Elizabeth Warren said the deal was "dangerous for our democracy", while pushing for a wealth tax and "strong rules to hold Big Tech accountable".

Meanwhile, Republican Senator Marsha Blackburn welcomed the agreement as "an encouraging day for freedom of speech".