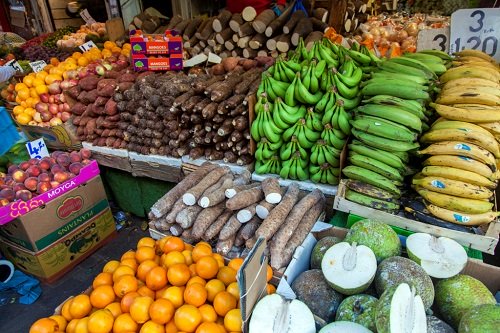 Commodity Analyst, Esoko Ghana, says the prices of some foodstuff are likely to see a further reduction in the month of August.

The prediction is based on the rains witnessed in the first half of the year as well as the easing of COVID-19 restrictions.

In July, there was significant price reductions for some commodities across the country.

Some commodities such as tomato however recorded gains of 6.55 percent to close the month of July at GHS 566.83 cedis per crate, with local rice also making a gain of 2.97 percent to close at GHS 346.29 Cedis per bag.

Content Analyst at Esoko Ghana, Francis Danso Adjei, in explaining the dynamics of the expected price change to Citi Business News, said, “You realize that a lot of commodities have declined in terms of pricing and those that gained, gained less than 1 percent which means that prices are actually reducing.”

“If you actually look at the month of August that is when we discovered a lot of produce were not of the crops that we planted during the last three months. So looking at the volumes that will be coming onto the markets, it is going to force prices to go down because if you want to sell at the current price, you may not get anyone buying your commodity. That is why we are saying that in the month of August, prices are still going to reduce further.”

The highest price for maize was recorded at Takoradi selling for GHS223 per bag. The lowest price recorded was at GHS110.00 and it was selling at Bawku.

Local Rice also recorded an average price for a bag at GHS 346.29 after it gained 2.97 percent to close the month.

A box of tomatoes was sold in Accra for 900 cedis, the highest price in any market in Accra, while the same quantity was selling for GHS 110.00 in Kumasi, the lowest price in the country.

Tomatoes made a net gain because both the local ones and some volumes of the imported ones which are of higher quality and expensive were traded.