The move by FNB Ghana to takeover GHL Bank begun in January last year after the former received a 'no objection' notice from the Bank of Ghana to initiate engagements with the latter.

After over a year, that process has been completed and the GHL Bank will become a subsidiary of First National Bank Ghana.

FNB Ghana in a statement announcing the take over said the boards of the two banks have approved the transaction and have received the required regulatory approvals from the Bank of Ghana and the South African Reserve Bank.

FNB Ghana is a 100% subsidiary of the FirstRand Group which is the largest financial institution group in Africa.

The move to for FNB Ghana to take over GHL became necessary to avoid GHL Bank lose its license and it is being influenced by some difficulties GHL Bank is facing in meeting Bank of Ghana's (BoG) GHC 400,000,00 minimum capital requirement.

This development came about because GHL Bank's major shareholder, a Private Equity firm based in Dubai indicated its inability to contribute to the bank's recapitalization drive to meet in the new minimum capital requirement for universal banking.

CEO of First National Bank Ghana in their statement said plans have begun to merge the operation of the two banks.

Below is the Statement 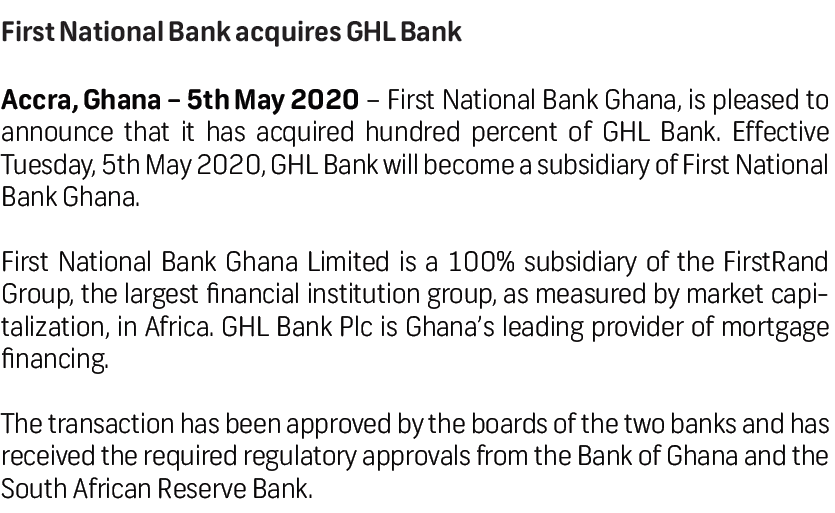 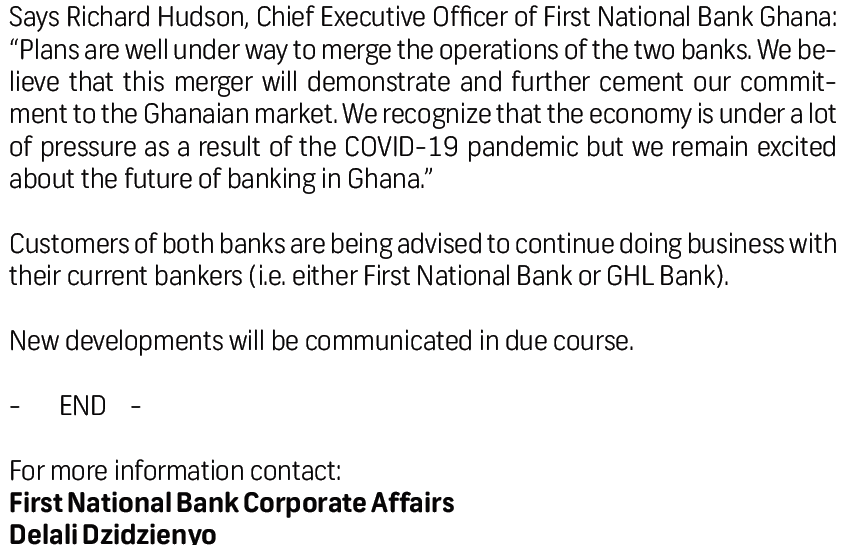