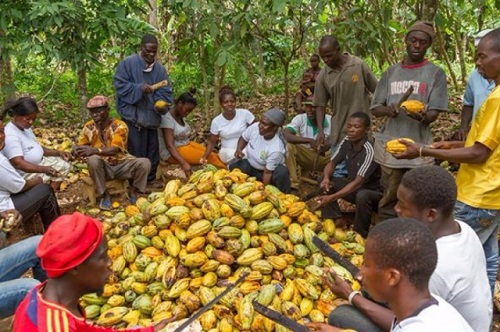 Ghana has offered to sell cocoa beans for the first time since introducing a surcharge, and found no buyers, according to people familiar with the matter.

Ghana’s Cocoa Marketing Company, responsible for selling the nation’s cocoa, offered beans for 2020-21 to traders on Wednesday, said the people, who asked not to be identified because the information is private. No deals were concluded as the prices were too high, they said.

The West African producer, which typically starts making offers only around September or October, is testing the market now after it and top grower Ivory Coast introduced a $400 a metric ton premium over futures prices. Traders will have to pay the additional cost, known as the living income differential, as well the regular country premium, which is usually higher for Ghana due to the better quality of its beans.

“The market will definitely buy our cocoa, what the CMC did was just a market sounding especially after the introduction of the LID, we were weighing the market reaction and its dynamics,” Joe Forson, the managing director of Ghana’s Marketing Co., said by phone. “It will take some time for the market to adjust, besides, we are not under any pressure to sell 2020-21 crop now, that season is about 15 months away.”

Ivory Coast and Ghana have taken unprecedented steps to exert more control over cocoa markets. The nations this week suspended a ban on sales of the 2020-21 crop after reaching an agreement over the new pricing mechanism.

Some traders and analysts have expressed skepticism of the plan, saying buyers would probably hold back purchases and turn to supplies from other countries and the London exchange first.