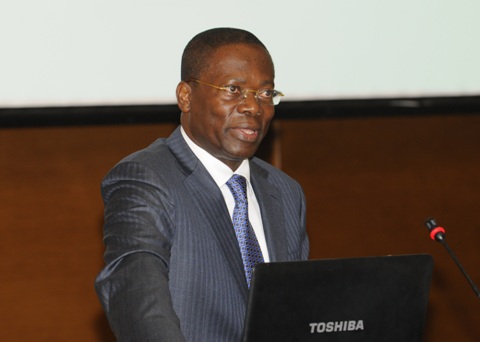 Government has approved the construction of a 24-inch-diameter 290-kilometre Onshore Pipeline estimated to cost about $500 million from Aboadze in the Western Region to Tema in the Greater Accra Region to help evacuate larger volumes of gas in the near future.

The project is expected to also provide bi-directional transport of gas between the two critical load centres of Takoradi and Tema and to provide supply-security between the Western Region and Greater Accra Region.

With 400-km of pipeline between Atuabo and Tema, the facility would also provide significant mobile gas storage for strategic delivery to the downstream power plants in the event of supply outage.

Chief Executive Officer (CEO) of Ghana Gas, Dr. George Sipa-Adjah Yankey, who disclosed this in an interview yesterday, said the Onshore Pipeline is to be constructed on a Ekrild, Operate and Transfer (BOT) model and expected to be completed within 24 months.

He said the pipeline is expected to handle a maximum capacity of 380 million standard cubic feet of gas per day (mmscfd) in Phase 1 while Phase 2 would see the capacity increased to a maximum 550 mmscfd.

Dr. Yankey disclosed that a Project Implementation Agreement (PIA) would be signed today, Wednesday, September 7, 2016 at the Ministry of Petroleum on the project.

He explained that Ghana Gas has already confirmed the pipeline route and begun engineering studies for the project.

According to him, land acquisition as well as Environmental Impact Assessment along the pipeline route is expected to commence later this month.
Benefits of the project

Dr. Yankey stated that the pipeline would provide stable and sustainable capacity for the evacuation of Ghana’s natural gas flows from the Tano basin.
He added that upon completion of the pipeline, Ghana Gas would have constructed a national gas infrastructure that spans about 80% of Ghana’s coastal frontier.

The Onshore Natural Gas Transmission Pipeline (NGTP) will also serve as a substitute whenever problems are encountered with the West African pipeline.
The project has become necessary in anticipation of larger volumes of gas and the increasing number of thermal plants in the Tema area.

The Sankofa project is expected to produce at maximum 170 mmscfd while some 80 mmscfd is expected from the Tweneboah, Enyera and Ntomrne (TEN) project n addition to the 120 million from the Jubilee Field.

All that gas cannot be used up in the Aboadze enclave of the Western Region; indeed, Tema is witnessing an increase of thermal plants in recent times - all of which will require gas to operate reports  thefinderonline.com.