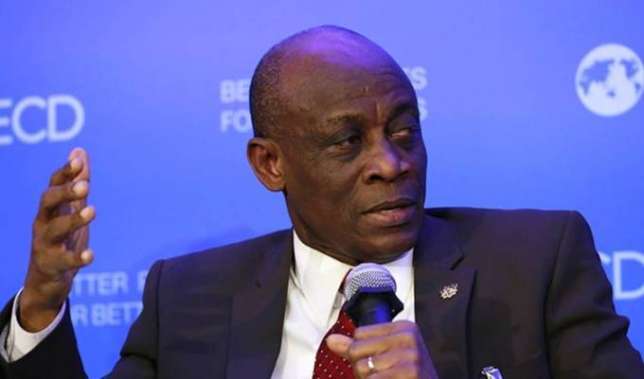 The bond was oversubscribed, with orders exceeding US$4 billion compared to a target issuance size of US$ 750 million. This represents an over-subscription of more than five times indicating the high appetite for Ghana’s credit’.

The Eurobond however will mature in 5 years; the shortest period in the history of Eurobond issues in Ghana and the principal will be expected to be repaid in three installments of US$250 million in September 2020, September 2021 and September 2022. ‘The bond is a back-end amortizing maturity with a weighted average tenor of 5 years’.

The bond which attracted investors from the United Kingdom, Europe, the United States, Middle East and Asia will be listed on the Irish and Ghana Stock Exchanges. The statement from the Finance Ministry added. Minister of Finance Seth Terkper, at the end of the pricing in London, today, expressed his satisfaction with the bond issue and the processes that led to its success, noting that ‘Ghana’s turnaround story had significantly improved investor confidence.

This has enabled the country to borrow on more reasonable terms compared to other recent transactions, including the 2015 bond that was issued with a World Bank/IDA guarantee. The transaction is a vindication of the decision taken in August not to issue immediately. The continuing support of investors in the Ghanaian economy is very much appreciated’. Government has been forced to put on hold issuing of the Eurobond a number of times because of unfavorable market conditions.

It was forced to put on hold the launch last month [August] after investors quoted interests much higher than government had expected. Interest for the last Eurobond issued last year [October, 2015] which was backed by a World Bank guarantee of 400 million dollars was 10.75 percent, the highest attracted so far.

The high interest rates that were demanded by investors have been attributed to the country’s current economic challenges as well as high debt levels. Proceeds from the Eurobond will be used to retire the first Eurobond which matures next year [2017].