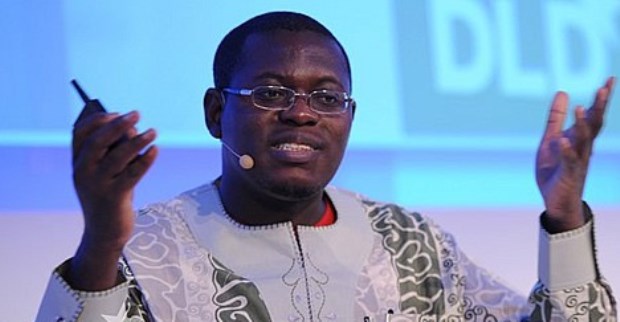 Young Ghanaian entrepreneur Bright Simons has been named one of the World's 50 Greatest Leaders by Fortune®. The 34-year old Simons made the list, published in Fortune® Magazine, 24th March 2016, alongside eminent persons including Jeff Bezos, CEO of Amazon; Angela Merkel, the German Chancellor; Pope Francis, and Christine Largarde, Managing Director of the International Monetary Fund.

The World's 50 Greatest Leaders are men and women selected from business, government, philanthropy and the arts and all over the globe who are transforming the world and inspiring others to do the same. The 2016 edition is the third publication of the World’s 50 Greatest Leaders list.

Bright Simons, President and Founder of mPedigree is named on the coveted list of The Worlds 50 Greatest Leaders, for his innovation to fight medications counterfeiting in Africa and elsewhere in the world.

Consumers could check the authenticity of medications simply by sending a text message with 12 digit code marked on their medicine packets to mPedigree and get confirmation almost instantly.

It is proving to be an efficient solution to fighting counterfeit medicines in Africa where one estimate pegs the chances of purchasing and, in fact, consuming one at 30%. Over 120,000 African Children are reported to have died because of fake anti-malarial medications in 2013 alone.

AstraZeneca and Sanofi are some of the manufactures who have signed on to mPedigre now have its Goldkey labels on over 500 million packets.

Beyond the pharmaceutical industry, TextStyles, the African print cloth manufacture in Ghana has signed on, in a bid to fight counterfeiting of its prestigious GTP Cloth products.