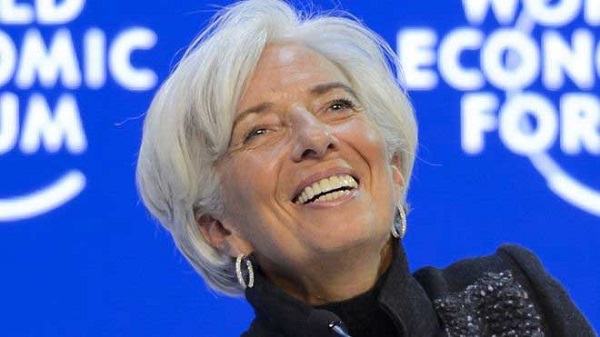 Ms Christine Lagarde, Managing Director of the International Monetary Fund (IMF), says Ghana's current economy is in a better shape as compared to two years ago.


Ms Christine Lagarde sais the IMF-supported programme had been an anchor for orderly economic adjustment and a positive signal to the market.

She said during that period, the Ghanaian authorities had made important gains towards macroeconomic stability, including inflation, which had declined to a single digit and now within the Bank of Ghana’s (BoG’s) tolerance band; buoyant growth, averaging about five per cent between 2015 and 2018 (and over six per cent in 2017-18) and a primary surplus in 2017 for the first time in 15 years.

In an email response to the Daily Graphic’s questions ahead of her maiden visit to Ghana yesterday, Ms Lagarde said the programme, which ends this December, served as “an anchor for orderly economic adjustment and a positive signal to the market”.

She underscored the need for Ghana “to preserve those gains” for the progress of the country and the citizens in particular.
The IMF, founded in 1945, is a global body of 189-member countries, including Ghana.

Ms Lagarde is due to open a regional conference on the “Future of Work in sub-Saharan Africa (SSA)” in Accra today December 17, 2018.

Her visit comes at a time ECF programme, signed in 2015, is nearing its completion.

Although the country has undertaken several structural reforms under the IMF programme, the pace has been slower and, according to Ms Lagarde, challenges still persisted.

Ghana has undertaken several important structural reforms, including adopting a Public Financial Management Act, improving debt management and strengthening the banking sector, including through the resolution of insolvent institutions.

“At the same time, a number of challenges still have to be tackled, including a large debt stock, low revenue base, large non-performing loans, fragilities in the financial sector and a still relatively low level of foreign exchange reserves.

“Important gains towards macroeconomic stability have been achieved and should be preserved through the implementation of responsible macroeconomic policies and structural reforms. These will take time, and the authorities have expressed a commitment to continue to pursue them,” she explained.