Ghana to experience 'dumsor' as IPPs intend to withdraw their services 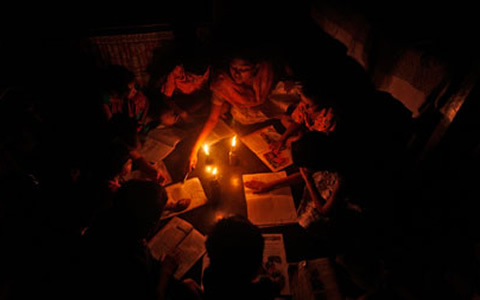 Ghana is likely to experience dumsor as the Chamber of Independent Power Producers, Distributors and Bulk Consumers has served notice of its intent to withdraw services to the Ghana Grid Company, GRIDCo.

According to a statement signed by its CEO, Elikplim Apertorgbor, the failure of government to settle at least 80 percent of its due debt worth over a billion Ghana cedis is the basis for their action.

Ghanaians will be deprived of electricity should the threat be carried through.

The statement added that the Independent Power Producers will communicate appropriately to GRIDCo’s Systems Control Centre.

“We would like to inform you about our firm resolve to withdraw our services in the coming days ad infinitum. This action follows our demand on the Electricity of Ghana, ECG, and Government of Ghana, GOG to settle at least 80% of our overdue receivables worth about USD$1Billion as a matter of urgency and priority,” the statement said.

Their demands come a month after the government settled the prolonged inter utility legacy debt (worth USD$203 million).

The component of the power sector debt within the energy sector which was accrued by the end of 2016 involved both state-owned corporations and Independent Power Producer, Sunon Asogli Power Ghana Ltd. 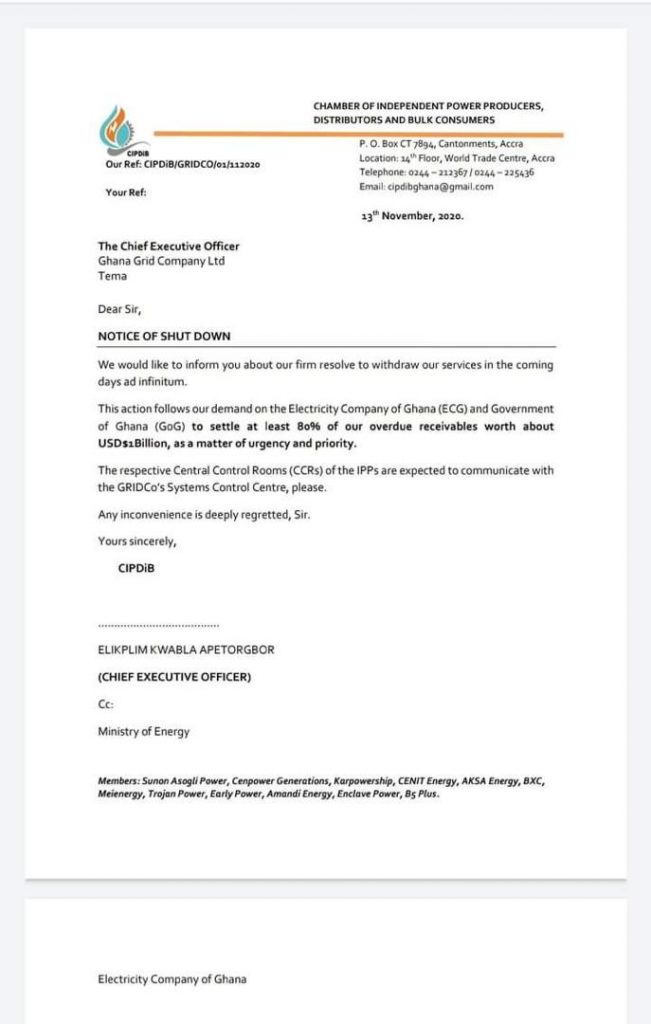