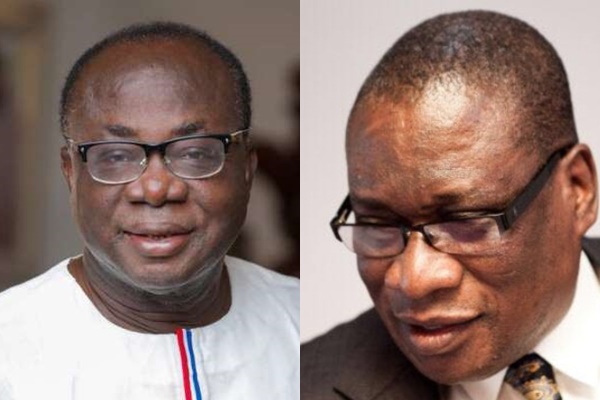 A policy think tank, Institute for Energy Security has called on President Nana Akufo-Addo to call the Board Chairman and Chief Executive of the Ghana National Petroleum Corporation (GNPC) to order.

In what has been described as a turf war, the Chief Executive, Dr. K.K Sarpong and Board Chair, Freddie Blay have butted heads over procurement functions.

The civil society body believes this friction undermines the smooth operations of the national oil company.

The IES Executive Director, Paa Kwasi Anamua-Sakyi who spoke to Citi News, said the troubles at GNPC could affect investment in Ghana and must be resolved as soon as possible.

“It is important that the President who has the power to appoint leading personnel in these functional areas should step in and stop this because it can deter investors and so it is important for the number one gentlemen of the land to make a statement on this and bring these two gentlemen to order.”

Dr. K.K Sarpong and Board Chair, Freddie Blay are noted as “big fishes” in the governing New Patriotic Party (NPP) and Mr. Anamua-Sakyi said, “we think that it amounts to a power play here.”

“Everybody is trying to show how tough they are and how decisive they can be when it comes to issues.”

An internal memo from the National Oil Company’s Chief Executive’s Secretariat, dated 4th February 2019 and addressed to the Chief Finance Officer, directed the latter to hand over the procurement function of the office to the Chief Executive.
Dr. K. K. Sarpong was accused of trying to assume the procurement function of the Corporation’s Chief Finance Officer.

The Minority Spokesperson on Energy, Adam Mutawakilu complained that his posturing violated the principles of good corporate governance.

Freddie Blay subsequently demanded an apology and the immediate withdrawal of a letter the Chief Executive o wrote to the Chief Finance Officer of the firm over the recruitment of a procurement manager.

The Chairman of the Public Interest and Accountability Committee, PIAC, Dr. Steve Manteaw has also commented and cautioned that GNPC might fail in its core mandate and may not be able to attract serious partners if it continues with its current management of petroleum revenues.