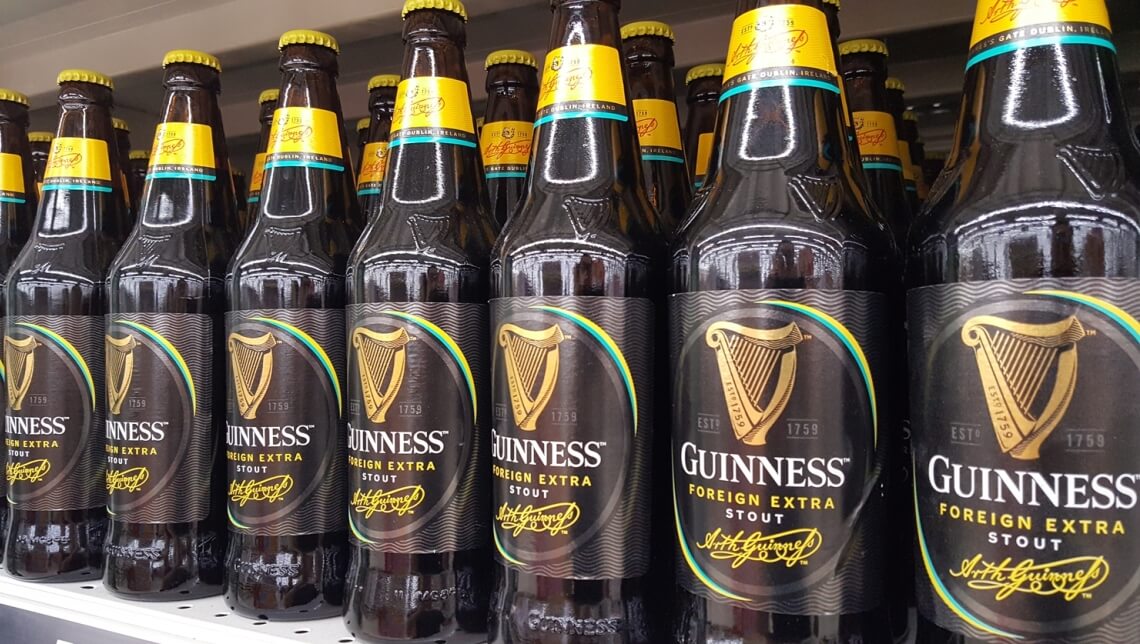 Over the past five years, the Ghana Revenue Authority has struggled to raise enough domestic revenue – a situation which has pushed the government to resort to borrowing to finance its activities.

Even as the tax collector struggles, there have been concerns raised by activist groups like Tax Justice Network, among others, for government to pay attention to transfer pricing, profit shifting, and base erosion activities that reduce domestic revenue mobilisation.

Business24 has learned that Guinness Ghana Breweries Limited (GGBL) makes large payments to related companies in tax havens, which has the effect of reducing its taxable income in Ghana. GGBL’s parent company is Diageo, one of the world’s largest drinks companies, which is based in the UK and has a history of disputes with tax authorities in different countries.

GGBL, which is listed on the Ghana Stock Exchange, has over the past five years (2015-2019) generated nearly GH¢3bn in revenues to cement its position as the leading total beverage company in Ghana.

Although its annual revenues have grown by more than 56 percent, the company has not always been profitable. It made losses in 2015 and 2016. Last year, the company recorded a profit before tax of GH¢32.5m, down from GH¢35.4m in 2018. GGBL’s publicly available financials indicate that it paid a total of GH¢14m as corporate income tax over the five-year period.

However, GGBL also paid a total of GH¢232m in royalties, technical services fees and interest payments over the five years to overseas companies also owned by Diageo, of which GH¢79.6m was technical fees and royalties and the rest was the borrowing costs of a loan to GGBL.

Guinness Ghana also paid a sum of GH¢166m as “human resource and project costs” to member companies of the Diageo group within the period.

Considering Ireland is the home of Guinness, it is not out of place for Guinness Ghana to source some services from there. However, Ireland is also a tax haven, as is the Netherlands. Diageo Great Britain’s accounts show that it pays a low rate of tax in the UK, while the accounts of the Irish and Dutch subsidiaries are yet to be made public.

But the point has to be made that there is no suggestion that such payments to related parties are illegal, as Guinness Ghana may have received approval from the relevant authorities to have made such payments. Nevertheless, concerns have been growing around the world that such payments create a risk of tax avoidance – and Diageo’s own reputation does not help matters.

GGBL did not reply to questions about these large payments to related companies overseas. Attempts made by this reporter to reach out to Ghana Revenue Authority to respond to questions relating to profit-shifting and transfer pricing were unsuccessful as messages were not responded to.

Dr. Alex Ampaabeng, a Fiscal Policy Specialist with Oxfam-Ghana, said that multinational companies often exploit such transactions to cut their tax bills. (He was not commenting on GGBL’s case in particular).

“Multinationals engage in all sorts of creative ways to reduce their tax liability. They tend to organise this through transfer pricing activities (intragroup dealings) such as the payment [between themselves] of technical and management fees, royalties, and loan interest.

“The purpose is to ensure that more revenue is realised in low-tax jurisdictions. In most cases, developing countries lose out simply because of their high corporate tax rate, due to the limited taxing opportunities in their economies. This is a common practice, and in the past companies such as Amazon, Starbucks, Google have all been accused of profit shifting through some of these means,” he said.

Tax avoidance is a particular concern for African countries which raise nearly 19 percent of their total tax revenues from corporate taxes, compared to only 9 percent in wealthy countries, according to new data from the Organisation for Economic Cooperation and Development which was published earlier this month.

A recent Oxfam study of big UK companies’ tax payments from 1998 to 2017 came to the conclusion that Diageo “has consistently paid a very low cash tax rate” on its global profits. The report added: “Although there could be more than one reason for this, in the case of Diageo there is arguably strong evidence for tax avoidance being a factor.”

In addition, the company is reportedly paying an additional £143m in tax in the UK in 2018 after being challenged over some of its internal transactions, reportedly between its companies in the UK and the Netherlands.

There seems to a recurring strategy deployed by Diageo, as Guinness Nigeria has also made similar large payments to related companies.

Guinness Nigeria paid N80bn to related companies over the last five years for “purchases, promotional support and other services”. (Although the company also earns some money by selling goods and services to other Diageo companies such as Guinness Ghana.)

Meanwhile, Guinness Nigeria reported just under N28bn in profits before tax and paid just under N7bn in corporate income tax to Nigeria on these profits in the same period.

Commenting on MNCs’ indulgence in related party transactions, a tax consultant and author, Kingsley Hayford, explained that: “The ‘arm’s-length principle’ of transfer pricing states that the amount charged by one related party to another for a given product must be the same as if the parties were not related. An arm’s-length price for a transaction is therefore what the price of that transaction would be on the open market.”

Impact on profitability and tax

While such payments are not illegitimate, they contribute to the company’s high operational costs, leading to it declare lower profits in Ghana. Over the course of the five-year period, GGBL posted a cumulative profit before tax of GH¢28.6m.

Assuming that over the period, the company had made no payments for technical fees, royalties and interest, this profit would have been in excess of GH¢260m, all things equal. This would have meant more money for the tax collector.

Mr. Hayford believes that the tax authorities must endeavour to conduct regular audits of multinational companies and also get full appreciation of market value of key services to be able to determine the extent of evasion and surcharge the MNC.

He also recommended regular training of tax authority staff to ensure that newer techniques are not used to evade tax or improve profit shifting. The taxpayer, he added, needs education on the proper reporting of such transactions and serious punishment to companies engaged in profit shifting.