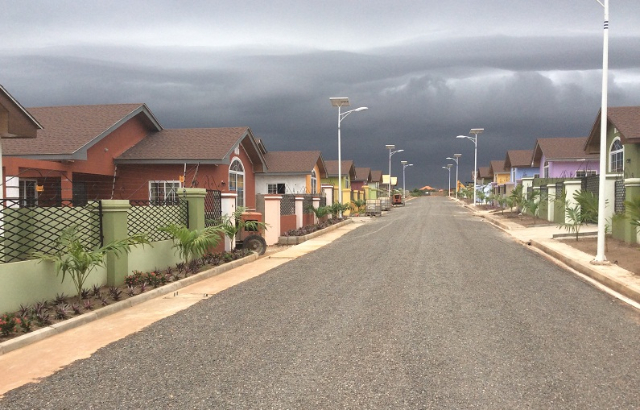 Under the government’s National Mortgage Scheme, mortgage rates have been reduced by over 60 percent, affording low-income workers the opportunity to acquire their own homes, the Ministry of Finance has stated.

The National Mortgage Scheme (NMS) is one of two schemes being piloted by the National Housing and Mortgage Fund (NHMF), which was established by government to provide more affordable financing for housing development and home acquisition. The second scheme is the Affordable Housing Real Estate Investment Trusts (REITs) (Rent-to-Own) scheme.

In a statement, the Ministry of Finance said NMS mortgages are being underwritten at rates of 10 percent to 12 percent by the participating banks, namely, GCB Bank, Stanbic, and Republic Bank. This compares to the average market rate of 28 percent.

Based on the building specification, the starting prices for houses under the scheme are GH¢140,000 and GH¢90,000 for standard two-bedroom and one-bedroom properties, respectively.

The ministry’s statement came after a working visit by the Minister for Finance, Ken Ofori-Atta, and the Minister for Works and Housing, Samuel Atta Akyea, to the Tema Development Corporation (TDC) affordable housing enclave and Adom City Estates, in Tema Communities 26 and 25, respectively.

The Affordable Housing REITs scheme promotes the rent-to-own scheme, whereby renters of affordable houses supported by the scheme have the option, after a period, to acquire the rented properties.

This is designed to give low-income workers the opportunity to rent and eventually own homes. The focus will be on apartments and inner-city rehabilitation, according to the ministry.

The scheme is presently being piloted using some of the TDC affordable housing units. According to the ministry, the monthly rents under the initiative are GH¢525 and GH¢625 for standard two-bedroom and three-bedroom apartments respectively, compared to the market average price of GH¢650 and GH¢850 in the neighbourhood.

“Government will use this framework, the Affordable Housing REITs, to revive the affordable housing concept and complete many of the abandoned housing units across the country. The Affordable REITs will become the off-taker of the properties for the rent-to-own scheme,” the statement said.