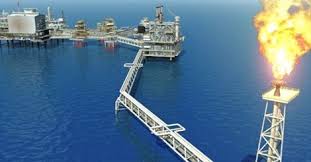 The offshore Keta Basin will next year undergo a major multi-client 3D geophysical survey as part of plans to draw oil from the Voltaian Basin located in the eastern part of Ghana.

This follows an agreement signed last week between the Petroleum Commission of Ghana and TG-Geopartners to undertake the project.

The project will comprise the acquisition of 14,000 square kilometres of 3D long-offset broadband multi-client seismic over open blocks that will be available for application.

This project has been touted by industry experts to help unlock and accelerate the development of what will surely be the next wave of major oil discoveries in Ghana.

The advanced new acquisition and imaging techniques will provide improved illumination of complex structures within the area being surveyed.

Results from such surveys allow oil companies to reduce their exploration risk and help to reduce the time required from license award to drilling wells.

The seismic shoot is scheduled to begin in early 2021 and is expected to take 10 months to complete.

The method being used is estimated as a cost-effective means of acquiring high-quality data as costs can be shared and larger surveys acquired for a better overall view of the prospects than is generally the case with smaller proprietary surveys.

“Whilst the primary play will undoubtedly be the late Cretaceous turbiditic channels found in Jubilee, we are also excited about the possibility of extensive late Cretaceous and Tertiary basin floor fans containing very large volumes of hydrocarbons, which could exceed the existing discoveries offshore Ghana,” said Thomas Tsiboe-Darko, TG-Geopartners Managing Director.

“Application of our new imaging technologies is required to improve subsurface understanding and increase exploration success rates. The upcoming new multi-client 3D seismic acquisition programme will help unlock and accelerate the development of what will surely be the next wave of major oil discoveries in Ghana.”