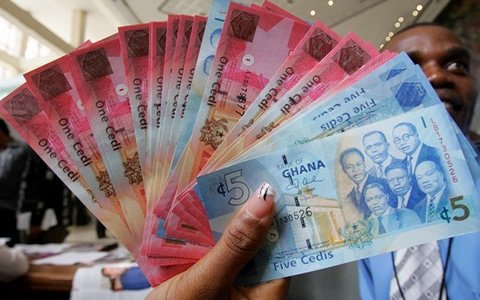 A report by the Bank of Ghana that assesses the impact of external shocks on Ghana’s economy has revealed the cedi’s depreciation against the US$ is expected to continue throughout the year, as global events show more external threats ahead.

The report, titled ‘The Effect of External Conditions on the Economy of Ghana’, is authored by Philip Abradu-Otoo and Bernard Jagre Walley of the BoG’s Research Department.

It says an expected slowdown in the U.S. and Chinese economies, alongside policy rate hikes in the U.S., strengthening of the $ and higher crude oil prices will all impact Ghana’s economy negatively – leading to a “significant deterioration in the exchange rate”.

“The slow-down of the world’s two biggest economies will dampen growth in emerging and developing economies, including Ghana, which will result in capital outflows; whereas policy rate hikes in the US will attract investors, also triggering capital outflows from Ghana to the U.S. and resulting in high demand for the dollar, while a surge in oil prices will, although stabilising growth, further increase inflation – which will also culminate in a sharp depreciation of the cedi.

“The results show that a simultaneous slowdown in the world’s two largest economies will dampen GDP growth in Ghana, induce a significant deterioration in the exchange rate, and induce a marginal increase in the domestic inflation rate and a sharp rise in interest rates.

“It further says a surge in oil prices leads to a relatively stable GDP growth. Inflation declines initially but picks up marginally after three quarters, while the exchange rate depreciates sharply,” the report states.

“If you look at the currency depreciation, it doesn’t look good. It may depreciate more than 15 per cent this year. And once the interest rate in America goes up, people will disinvest their bonds and rather go and invest in the U.S. – and this will definitely put pressure on the cedi. So, all the report is saying is that it doesn’t look good from the currency point of view,” he said.

The report further shows that about 40 per cent of the variation in Ghana’s real GDP growth is accounted for by external influences. What this essentially means is that any activity — be it positive or negative —which happens with Ghana’s trading partner countries can affect economic growth by 40 per cent.

An economist at the University of Cape Coast, Professor John Gatsi, said this shows how integrated the country’s economy is with other economies, and should not be a cause for worry.

“When situations are favourable, the activities in those economies will help you also develop; because when they are doing well, they will invest in other countries. But when something negative is happening to them, it will affect you.

“For example, we are supposed to receive some US$2billion from China. If the economic situation does not support their ability to give you that US$2billion, it will not come. So, it is explaining our linkage with some economies,” he said.

The report recommends that policymakers should implement measures that can absorb some of the external shocks to mitigate their effect on the local economy.

“In the long-term, promoting exports would help to reduce the pressure on the cedi,” the report states.