Reopening of AngloGold Ashanti’s Obuasi mines to give jobs to over 2,000 people 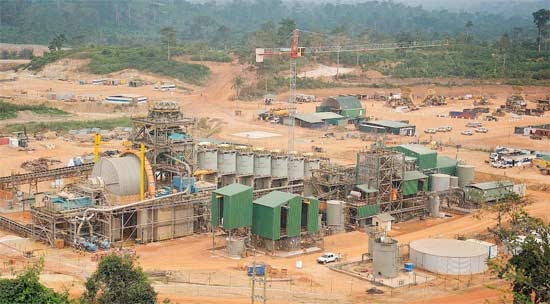 Over 2,000 people are likely to benefit from the reopening of AngloGold Ashanti’s Obuasi mines in the Ashanti Region.

The Obuasi mines which was reopened yesterday January 22, after its closure in 2014 due to some challenges with the concession and lack of capital to inject into the mines is expected to boost economic activities in the area.

According to AngloGold Ashanti, the closure of the Obuasi mines offered the company the opportunity to focus on care and maintenance of the mining concession over the past four years.

The MD of AngloGold Ashanti, Eric Asubonteng stated that the reopening of the mines will provide an estimated number of 2,000 jobs for people.

“…..now that we have changed our mining methods, the mining methods are going to be mechanised and automated and so the number of employees we are going to engage wouldn’t be as high as it was in the past but at the study stage of production we are looking at anything between two thousand to two thousand five hundred people engaged.”

He also disclosed that at the initial stage of mining that is the first 6years, the company will invest 881 million dollars to put in place the necessary infrastructure that will sustain the Obuasi mines for the remaining life of mines which is over 20years.

On the amount of gold that will be produced annually by the company, Mr Asubonteng said about 400,000 to 500,000 troy ounces annually.

Ghana will also benefit from the total revenue of the Obuasi mines for the life of mines, about 5.1 per cent of the total revenue will be retained in the country accounting for 5.3 billion dollars of which an estimated amount of 2.16 billion will be in a form of direct tax to government.

The MD of AngloGold Ashanti explained that the other percentage of revenue retained will go to local businesses and corporate social responsibility.