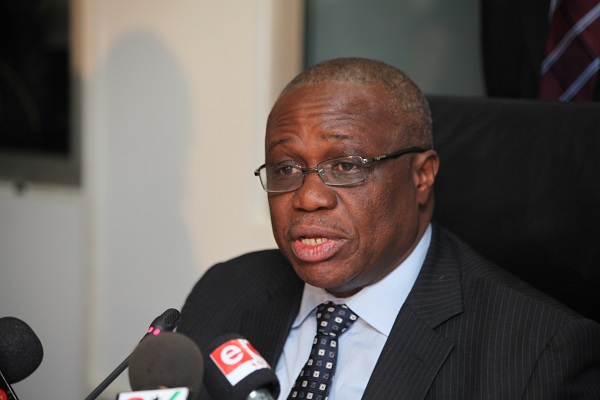 The exiting Bank of Ghana (BoG) Governor, Dr Henry Kofi Wampah, has told the Daily Graphic that political pressure did not compel him to resign.

Dr Wampah will leave office at the end of March after declining to seek as second term.

There has been speculation in a section of the media to the effect that Dr Wampah resigned due to pressure from some members of the ruling National Democratic Congress (NDC) to print money to finance the party’s general elections in 2016.

Others also speculated that he was resigning in the wake of the arrest of his son-in-law, David McDermott, who has been described as a British fugitive and linked to drugs.

But in an interview with the Daily Graphic, Dr Wampah discounted those claims, saying that he was resigning out of his own freewill.

Touching on his legacy as BoG governor, he said he instituted major reforms that have helped stabilised the financial sector.

He mentioned the Deposit Protection Scheme and the Specialised Deposit-Taking Institutions Bills which he said are meant to sanitise and bring significant reforms into the banking sector.

Dr Wampah said the two bills, when passed into law, would consolidate the bank’s mission of promoting confidence in the financial system, especially in relation to protecting the savings of depositors.

He said they would also encourage financial inclusion and access to formal financial services, adding: “Those reforms have resulted in economic stability, thereby placing the economy on an even keel for development.”

Mr Wampah, in an earlier interview with Reuters said he had informed President John Mahama of his plan to leave early.

"I have informed the President of my decision to seek early retirement and have agreed that I will exit at the end of March," he told the Daily Graphic.

"It is just fair to leave early in order to give enough room for my successor, whoever he might be, to settle down before we get to the elections," he said.