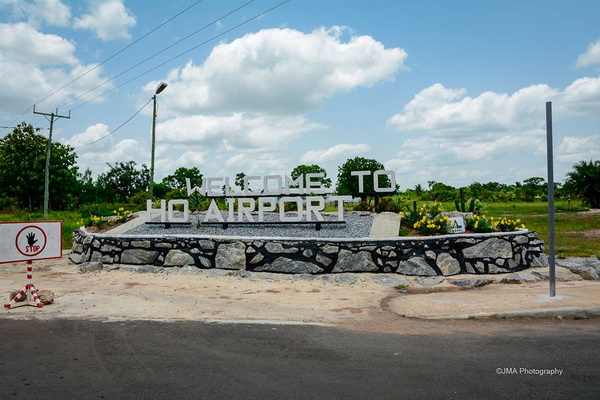 He disclosed that the parties have foisted their grip on all technicalities to make it possible to begin commercial flights to Ho in earnest.

Mr Asiamah made these observations during a familiarisation tour of the Ho Airport to have a first-hand assessment of the facility in readiness of the first commercial flight.

The Aerodrome is a government of Ghana facility costing between $25 to $30 Million with additional funding amounting to $7 million by the Ghana Civil Aviation Authority (GCAA).

The Minister said the private sector including Africa World Airline (AWA) have done their assessment and its feasibility attest to doing business in the area and hoping that patronage would encourage sustainability.

He said all things being equal, the country would play host to a home-based airline before the close of the year.

Mr Asiamah appealed to the Regional Minister, the traditional authorities and the media to wage a relentless war against protecting the land space adjoining the Aerodrome for any future developments.

â€œKindly protect the lands around the airport against encroachments as future expansion was eminent,â€ as any such illegal dwellings would be demolished without any compensations.

He said plans were afoot to derive optimal use of the airport by beginning the training of pilots instead of sending them outside for such purposes.

Mr Yaw Kwakwa, Managing Director, Ghana Airports Company Limited (GACL), said his outfit have done the full complement installations including communication, navigation and weather monitoring devices as well as trained engineers and therefore ready for a take-off by the second week in April.

Mr Charles Krakue, Director-General of the Ghana Civil Aviation Authority (GAAA), said collaboration between key stakeholders including GACL, AWA and the Ghana Tourism Authority have given them a synchronised tentative period for commercial schedule flights to Ho.

Dr Archibald Yao Letsa, Volta Regional Minister, said residents were upbeat about the development and believes patronage would be progressive in a win-win situation.

He appealed to the private sector to position themselves and take every opportunity that came along with the aviation business in Ho.

Togbe Howusu XII, Awafiaga of Asogli State, said the presence of the Minister of Transport was a clear indication that operationalisation of flights to the Aerodrome was far from a dream but a reality and thanked the government for this revolve.

He said there was a direct link between the tourism industry and the aviation sector and hoped that this intercourse would re-engineer the economy to Ho and the Region at large with the prospect of extending flights to neighbouring countries soon.