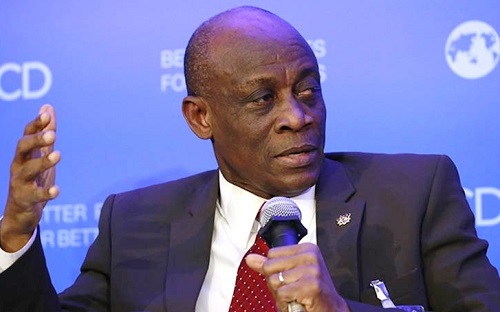 Part 1 used a simple fiscal table to explain that the current administration is achieving its “accelerated fiscal consolidation” through “offsets” of arrears in the fiscal framework and not actual payments. The payments may be taking place at a slower pace outside the framework while the “offsets”, which were explicit in 2016, were more subtle in 2017 and 2018. The latter approach does not show the budget deficit line in the fiscal tables and, thereby, equating the fiscal balance (commitment), not the fiscal balance (cash), with financing.

Secondly, we cited public statements by officials to show that MOF is owing over GH¢3 billion to SSNIT and an unspecified amount to NPRA and that this makes the provision for arrears in 2017-2019 inadequate. We argue that this short-term scenario does not fit into the MTEF assumptions on arrears, which stand at GH¢330 million (2017); GH¢1.55 billion (2020—an election year); and zero (0) in 2021-22.

The assumption of zero (0) arrears or commitments is unreal and has never happened in Ghana’s fiscal history. Consequently, this part starts with the unrealistic provisions made in the MTEF for settling liabilities in the near term. It continues by reiterating that the “offsets”, which are not new, started in 2016 by “offsetting” Ghc5 billion against the alleged GH¢7 billion arrears “overrun” that the Mahama administration was supposed to have bequeathed. Therefore, the net liability carried forward to 2017 was only Ghc2.3 billion.

The zero (0) arrears projection is unrealistic, given current poor revenue performance, and, at best, premature with even future oil revenues that are difficult to predict. The MTEF estimates in the 2019 Budget raise the bar on “offsets” with over-ambitious nominal targets that show impressive fiscal consolidation in 2021-22. In another “first” for this administration, Table 1 implies that there will be no MDA/MMDA pipeline expenditures to feed short-term arrears. This assumption is neither feasible nor realistic in a fiscal and physical context for managing multi-year contracts and supplies.

It is equally unrealistic for Ghana to achieve a significant turnaround to change current revenue shortfalls to surpluses to meet all the 2021-22 recurrent and capital expenditures, which include high levels of wage and debt service. In any event, we know better now, given the ongoing debate about the need to borrow. Therefore, what the nation needs is a return o debating our debt management strategies to make the borrowing sustainable.