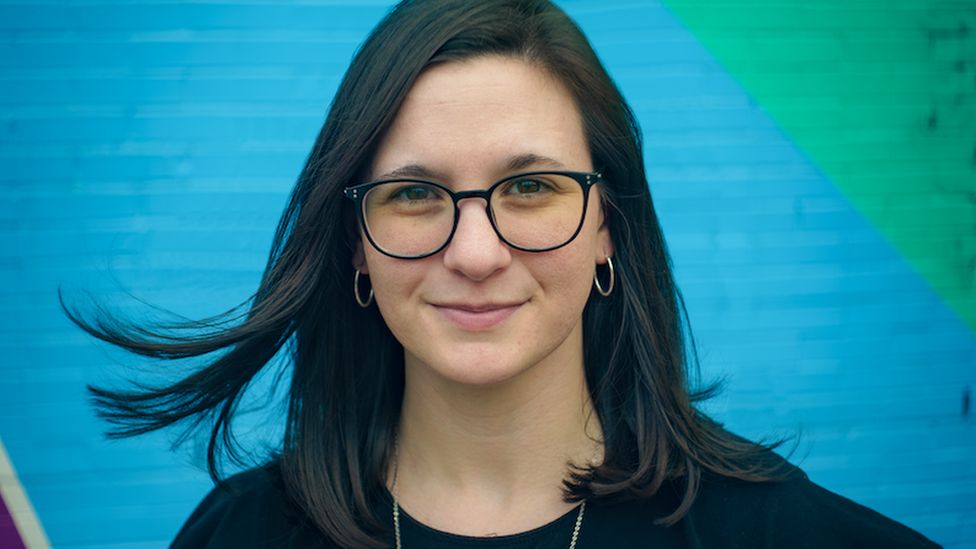 The US inflation rate hit a fresh 40-year high in the year to March after fuel prices soared during the first full month of the Ukraine war.

Last month, President Joe Biden banned all imports of oil and gas from Russia following the invasion of Ukraine.

At the same time, US fuel prices reached new records.

The attack on Ukraine began on 24 February and triggered a wave of international sanctions against Russia, which is the world's second largest oil exporter.

US energy prices rose by 32% in the year to March, according to the country's Labor Department.

It also said that food prices had surged over the same period, up by 8.8%. Like energy, food price inflation has been exacerbated by Russia's invasion of Ukraine. Both countries are big exporters of widely-used goods such as wheat and sunflower oil.

"During the first year of the pandemic, my rent went up by $400 a month which was extremely hard to afford as I had lost majority of my income from one of my jobs," she told the BBC.

"My husband and I were privileged to both secure well paying jobs last year but if we had not, we would have had to move outside of our area to afford to keep living in NC."

"We are both still very much working class and now can't save up enough money fast enough to keep up with the insane home-buying market where sellers are making record profits," she added.

"The Russia-Ukraine war has added further fuel to the blazing rate of inflation via higher energy, food, and commodity prices that are turbo charged by a worsening in supply chain problems," said Kathy Bostjancic, chief US economist at Oxford Economics.

The soaring rate of US inflation prompted the Federal Reserve last month to lift its key interest rate for the first time in three years. The US central bank also signalled that the interest will rise a number of times this year.

On Tuesday, Russian President Vladimir Putin said that inflation and rising food and petrol prices in Western countries would start to put pressure on politicians there.

Inflation rates were already rising before Russia's invasion of Ukraine as many global economies reopened following the lifting of Covid restrictions. However, prices appear to be accelerating at a time when wage growth is struggling to keep up.

Recent figures show that average hourly earnings in the US rose by 5.6% in the year to March, well below the latest rise in the cost of living.

But some economists believe that inflation may be close to or has already peaked in March.

On a month-by-month basis, inflation rose 1.2% in March compared with a 0.8% increase in February. However, stripping out volatile fuel and food prices, core inflation rose by 0.3% which was lower than expected.

Peter Cardillo, chief market economist at Spartan Capital Securities, said: "The bottom line is inflation is going to stick around for a while, but we could see it begin to reverse in the summer months, provided we get some cooling off in agricultural and energy prices."