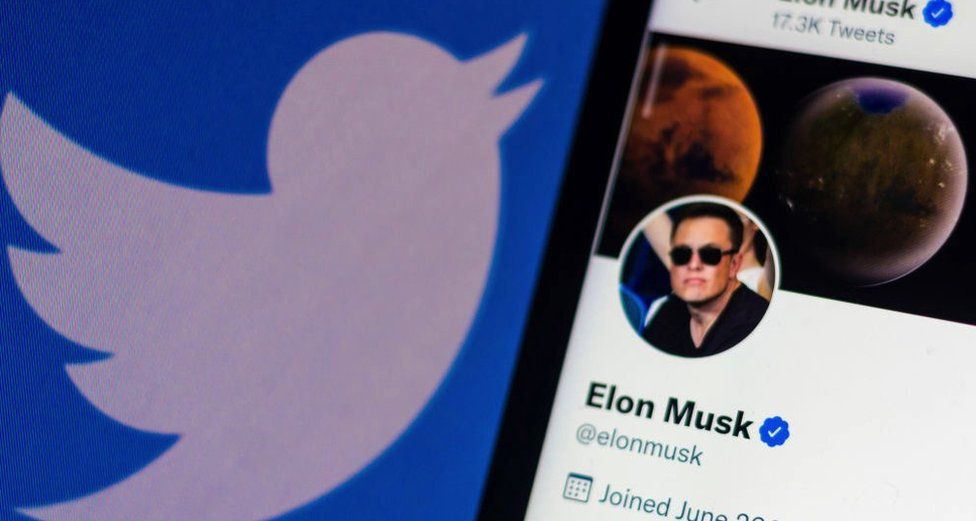 Twitter's board reportedly met Elon Musk over the weekend to explore his $43bn (£33.6bn) takeover offer for the social media platform.

After the Tesla boss first revealed his bid, Twitter's management announced a so-called "poison pill" strategy to fend off a potential hostile buyout.

Mr Musk plans to finance his bid with the backing of US lender Morgan Stanley and other financial institutions.

Details of how Mr Musk intended to finance his offer, which were disclosed to US regulators on Thursday, made Twitter's 11-member board seriously consider a possible deal, according to Reuters, the New York Times and Bloomberg - citing anonymous sources.

Mr Musk, who owns a more than 9% stake in Twitter, has lined up a $46.5bn financing package for his bid, according to a regulatory filing.

The funding will come from a mixture of his own assets and the backing of Wall Street banking giant Morgan Stanley and other firms.

A number of Twitter shareholders reportedly contacted the company after Mr Musk announced the financing plan and urged it not to miss the opportunity for a potential deal.

Dan Ives, an analyst at investment firm Wedbush Securities, said many investors will view the discussions "as the beginning of the end for Twitter as a public company, with Musk likely now on a path to acquire the company unless a second bidder comes into the mix".

A hostile takeover attempt by Mr Musk, who is the world's richest person, would put "further pressure on the board with their backs against the wall in this Game of Thrones battle for Twitter," Mr Ives added.

Earlier this month, Mr Musk refused a seat on Twitter's board, which would have limited the shares he was allowed to own. He then made made an unsolicited offer for the company on 14 April.

The next day, Twitter's board announced a plan to protect itself against a potential hostile takeover by adopting what is known as a "limited-duration shareholder rights plan", also known as a "poison pill".

The move deters anyone from having more than a 15% stake in the company. It does this by allowing others to buy additional shares in the firm at a discount.

A takeover bid is considered to be hostile when a person or business tries to take over another company against the wishes of the target firm's management.