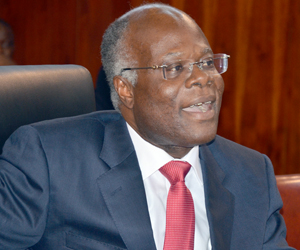 The sale of multinational petroleum company Anadarkoâ€™s operations in Ghana to French oil company Total SA is being held up by a US$500m tax demand by the Government of Ghana.

While the government insists Anadarko must pay the amount to pave way for the conclusion of the sale, Anadarko says it doesnâ€™t owe the state any outstanding taxes.

Former Deputy Energy Minister, Kobina Tahir Hammond, who is also a Member of Parliament for Adansi Asokwa, told Business24 that assessment of the transaction shows that Anadarko owes the state that much and ought to be paid up.

â€œI think in one of the African countries they paid them the taxes they owed and paid Chevron too. By our calculations they benefitted to the tune of US$4.5bn over the period that they have been here,â€ Mr. Hammond said.

Anadarko, according to the Legislature has been making US$1million per day since they started their operations in Ghana about 13 years ago, therefore the US$500million tax demand is not out of place.

â€œSo, what we are saying is very simple, they have made so muchâ€“US$1m as profit per day for 13 years, you are going now, give us out of the 13years, one year- is that a bad deal? he asked.

Anadarko Petroleum Corp. is an independent exploration and production company that has interest in oil and gas fields in US, Gulf of Mexico, East and West Africa, Algeria, China, Alaska, and New Zealand among others.

Last year, the decision to sell its high quality but less strategic African operationsâ€“ Algeria, Ghana, Mozambique and South Africaâ€“to Total S.A for $8.8 billion was part of the process for the acquisition of the company by Occidental Petroleum Corporation.

Anadarko has been operating in Ghana since 2006 and owes 24 percent of the West African countryâ€™s first oil field, Jubilee Field, discovered in 2008. It also has 17 percent stake in the Tweneboah-Enyera-Ntomme (TEN) oil and gas project, which poured its first oil in August 2016.

Anadarko is estimated to have realized to US$4.4 billion from its operations in both fields so far. The Ghana Revenue Authority, which part of the team assessing the Anadarko-Total S.A. deal, notes that it translates into about US$1million per day for the number of years the oil giant has been operating in the country.