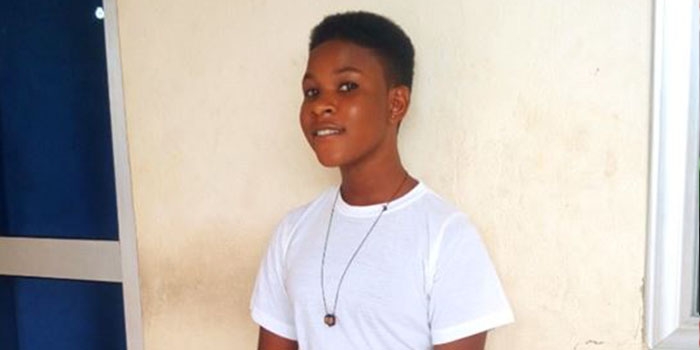 YFM, Ghana’s number one urban radio station, has offered the 16-year-old girl who put up a spectacular performance during auditions of ‘The One’reality show in Takoradi, an internship opportunity with the radio station after school.

The 16-year-old Victoria Prah-Enin who is currently a final year student of the Archbishop Porter Girls Senior High School wowed the judges during the Takoradi auditions which earned her a slot to be part of the finalists for the show. Unfortunately she could not be part of the final ten who will be camped in Accra as she is still in school and involving her in the show will disrupt her studies.

‘The One’ is focused on grooming a young individual who is creative, charismatic, ambitious, funny and most importantly extremely passionate about being a radio presenter.

Commenting on the issue, Nana Kwame Osei Sarpong, Regional Manager for the Takoradi and Kumasi YFM offices, said “Victoria is a young talent and she performed exceptionally during the auditions. But since she is in school, we do not want to disturb her studies. When she is done with school, we will offer her an internship opportunity to come work with us at YFM and this could eventually lead to her getting employment with Ghana’s number one urban music station.”

He added that during the internship program, the team of competent staff will mould Victoria and groom her for radio.

“YFM as a station appreciates and trains young talents and that is the aim of ‘The One’ reality show. As part of the station’s Corporate Social Responsibility, we will train her to become the great radio presenter she aspires to be,” Nana Kwame Osei Sarpong, popularly known as Nokus stated.

However Victoria, who was very excited when  she received the news about the internship offer with YFM said “though I was looking forward to being part of the competition, I also understand that school is important and I need to concentrate on my books first.”

“At first I was disappointed and hurt but an  internship opportunity with YFM is a better option. Hopefully next year when I’m done with school, I join the contest,” she added.

It will be recalled that Victoria was among over 30 other contestants who auditioned in Takoradi and exhibited class and skill in her performance which got Kwame Legend, one of the judges and a presenter at YFM Takoradi, throwing a challenge that Victoria will emerge the eventual winner of ‘The One’ Reality Show.

Names of the 10 finalists who were selected from Greater Accra, Kumasi and Takoradi were recently announced by Trigmatic on YFM’s ‘Myd Morning Radio Show’.

The female dominated finalists are; Hagan Kobinah – Takoradi, Jeffrey Freeman, Cobblah Dennis, Rashida Samed, Yaa Yeboah, Lorrita Dede, Rachel Darko, Mystee Ifeoluwa - Accra, Erica Dogbeda and Doreen Dadson - Kumasi. They now face off in a test of endurance, intelligence and passion as they compete in various challenges while housed in one location during the competition in Accra.

The whole reality show will be live on YFM and e.TV  till the winner is announced on December 4.

For more information, visit www.yfmghana.com and www.etvghana.com or follow the social media pages for updates.