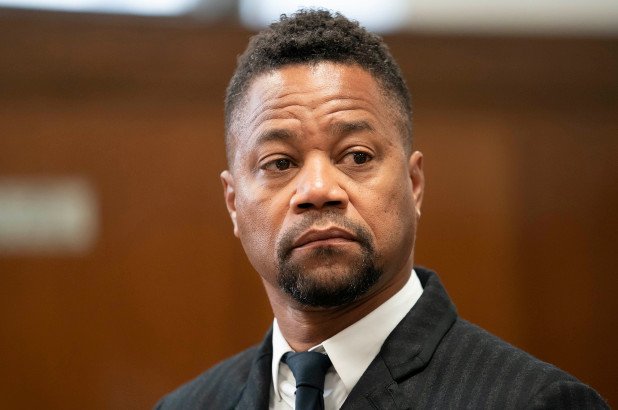 Three more women have come forward to cops to accuse actor Cuba Gooding Jr. of a “pattern” of sexual misconduct in Manhattan bars and restaurants, bringing his total number of alleged victims to five, police sources told The Post on Monday.

“It’s a pattern,” said a source, noting that all of the alleged attacks, which date back to 2008, occurred in eating and drinking establishments.

The floodgates opened against the “Jerry Maguire” Oscar winner in June, when a 30-year-old woman accused him of grabbing her breast during a boozy night out at the Magic Hour Rooftop Bar and Lounge in Midtown. Gooding was arrested for forcible touching in the case. He has maintained his innocence.

Then during a Manhattan criminal court appearance last week over the alleged incident, prosecutors revealed that the Bronx-born thespian also had been indicted in an alleged October 2018 attack involving a second woman, which Gooding also denies.

Now, three additional women have also stepped forward to accuse the 51-year-old movie star of misconduct, sources said — including a woman who claims Gooding grabbed her rear at a joint on West 45th Street in 2008 and another who says he pulled the same stunt at a West 44th Street restaurant five years later.

Details involving the third alleged new victim are not clear. Also not clear are the circumstances surrounding the previously known victim from the October 2018 accusation in the indictment.

One of these women says Gooding grabbed her rear at a hotel on Howard Street in Soho in 2018, while the other claims he reached his hand under her skirt and penetrated her with his finger that same year, law enforcement sources said.

It is not clear where the alleged hand-up-the-skirt incident took place.

Gooding has yet to be charged in the incidents involving the three new accusers, but investigations are ongoing, police sources said.

Gooding’s lawyer, Mark Heller, told The Post on Monday that he was aware of the additional claims but stressed that his client has only been charged in two cases.

He said of the October 2018 allegation, “We believe that is the only new allegation joined to the indictment. We believe it is totally incredulous and will not give rise to any conviction at all.”

The legal eagle also claimed that that 2018 accuser tried to extract money from Gooding after his arrest.

“It happened in excess of a year ago, and it’s a case the alleged accuser never pressed in that whole time nor did the police press it,” Heller said. “She simply came forward when Cuba got arrested, and that was after Cuba declined to be shaken down by her. … Because it was not appropriate and not a truthful allegation, Cuba declined to be shaken down.

“When a high-profile case comes about, very frequently a lot of people come out of the woodwork.”

Ghana's General Elections is getting closer. The various political parties are…