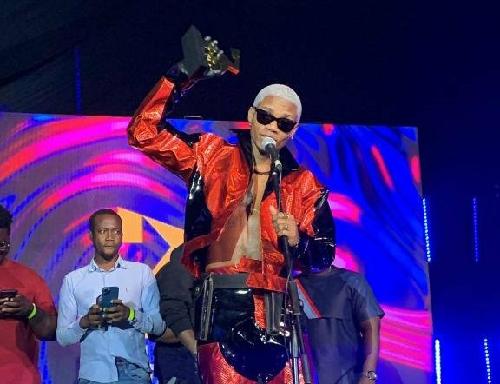 Ghanaian highlife/Afropop singer, Dennis Nana Dwamena, affectionately called KiDi has been crowned Artiste of the Year at the 3Music Awards 2022.

This is the second successive time the musician has won the 'Artiste of the Year' after last year's success.

It makes him the first-ever to chalk such a feat in the history of the 3 Music Awards.

The 2022 edition of the annual 3Music Awards was held at the Grande Arena in Accra on March 26.

READ ALSO: Check out the full list of winners at 3Music Awards 2022

The event saw some of the well-known media and entertainment personalities who graced the occasion with their presence.

The 3Music Awards 22 was held under the theme “More Than Music” and it aims at awarding excellence in the music industry.