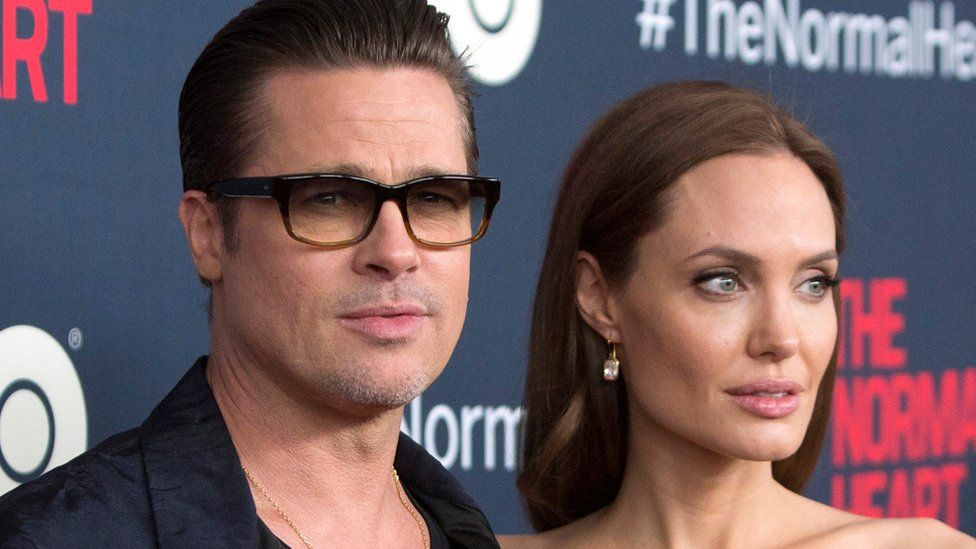 In court documents obtained by E! News, the Once Upon a Time in Hollywood star is suing the Eternals actress, with whom he has been engaged in a contentious custody battle since Jolie filed for divorce in 2016, for allegedly selling her interests in their once-shared French estate, Chateau Miraval, without his consent. The two bought the winery as a joint investment back in 2008 and tied the knot at a private chapel on the vineyard grounds in 2014.

Pitt, 58, contends in the complaint that he had a "mutual and binding commitment" with Jolie, 46, that neither one of them would sell their shares to a third party without the other's consent. However, according to the lawsuit, Pitt learned in October 2021 that Tenute del Mondo, a company with ties to Russian billionaire Yuri Shefler, had allegedly bought Jolie's shares of Miraval.

The suit alleges that "Jolie never sought Pitt's consent to the purported transaction" or even offered to sell her shares to her ex on the same terms as she sold to Tenute del Mondo.

"Pitt was shocked by the announcement of the sale," the complaint reads. "Had Jolie honored her contractual obligations, Pitt would not have consented to the sale."

Furthermore, the lawsuit states that the actor made "significant financial investments" into turning the winery into a successful business, while Jolie "had no involvement in these efforts." Instead, the lawsuit alleges, Jolie used the sale of her shares as an "opportunity to capitalize on Pitt's success and cash out, without ever having to lift a finger to grow the enterprise."

Though Pitt acknowledges in the suit that Jolie did put in 40 percent of the winery's initial $28.4 million purchase price, he took sole responsibility in expanding its business, which he said was "losing money each year" at the time the former couple had purchased it, to where it is today.

"Jolie did nothing to drive this growth," the suit reads. "Instead, she allowed Pitt to make these investments and devote himself to the business in reliance to the consent right she owed him and ... Miraval's success would have not occurred if Pitt had not acted in reliance of these rights."

In July, Jolie asked the court to lift Automatic Temporary Restraining Orders (ATROs) that had been issued as a part of her ongoing divorce proceedings with Pitt so that she could sell her interest to an unnamed buyer. According to Pitt's lawsuit against the Oscar winner, he agreed to the ATROs being lifted though he noted in a stipulation that by doing so, he was "not consenting" to any sale of Jolie's shares.

In suing the actress, Pitt seeks to void the sale of Jolie's shares, as well as monetary damages and legal fees. He said that in the complaint that ever since Tenute del Mondo took control of Jolie's assets, he and the new investor have been "unable to agree on management and strategic direction of the winery.

"None of this should have happened as none of it is lawful," the documents read. "Both Jolie and Pitt understood, as manifested by their conduct over the course of more than a decade, that neither could or would sell his or her stake in Miraval to anyone without the other's knowledge and permission."

A source tells E! News that Pitt "poured money and sweat" into the winery, adding, "Unfortunately, this is another example of [Jolie] disregarding her legal and ethical obligations."

E! News reached out to Jolie's reps for comment but did not hear back.