Black Prophet speaks on new album & being acclaimed in Jamaica 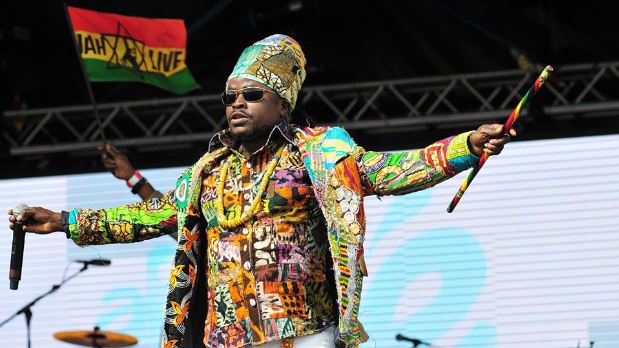 For one whose hustle includes playing acoustic music at Makola and other markets begging for alms and sleeping rough in Somanya, Reggae practitioner Black Prophet real name Kenneth Wilberforce Zonto Bossman says since the patient dog gets the fattest bone, it was only proper that his resilience in the music industry is rewarded with the acclaim he is now receiving.

A believer in the mantra, â€˜good things come to those who waitâ€™, Prophet revealed, for the most part, he just closes his eyes and then sings from his being giving that soulful tinge to some of his songs.

The man who now spends much of his time in Jamaica securing touring gigs recently released on VP Records his new album â€˜Stories Of My Lifeâ€™ and as custom demands, is in Ghana to promote the new work which he reckons can win him a Grammy award.

Already, â€˜In Times Like Thisâ€™ is proving to be a fan favourite perhaps because of its uplifting message for the afflicted, dejected and down trodden. Perhaps for its warning to people to be guarded against misguided journalists, self-seeking politicians, charlatan preachers and vile people in general.

Black Prophet told Black Santino on his Sunday Show that his new album was produced by music notable, Dean Fraser who has worked with many a Jamaican artistes including Tarrus Riley, Sizzla Kalonji and Etana.

Recounting how he happened to have secured the trust of Fraser, Prophet narrated how in the 90â€™s, Rita Marley in staging the first Bob Marley concert (African Unity Concert) in Ghana invited Chaka Demus, Pliers and Dean Fraser to Ghana where as a little youth, got the chance to interact with the gurus backstage only for them to forget a brief case full of cash. As a well-trained youth, Prophet stated how he took the cash laden brief case to the hotel room of the Jamaicans with a saxophone Fraser had also forget and left with him.

He recounted, this deed established the relationship which has proven fruitful indeed. For the crew were stunned by his honesty such that he was told to call on them anytime he was Jamaica to be catered for.

Prophet submitted that he is now hailed in Jamaica because of the stellar works heâ€™s churned out noting that African greats Alpha Blonde an Lucky Dube despite being gifted had to earn their stripes from the Jamaican music practitioners before global fame set in pointing out that he is now easily identified by fellow artistes, producers and even music consumers in Jamaica, the Reggae Kingdom.

The â€˜Mama Africaâ€™ singjay served with band, the Vibration Boys transitioning to the Vibration Kings before coming into his own as Black Prophet.

He reckoned â€œmusicians are the angels of the earth because when music is churned out, it even outlives the composerâ€ adding when music plays, the truck pusher who is down and the mighty president listen to the same song irrespective of their statusâ€.

Prophet observed he has come a long way even headlining a festival noting that putting in considerable effort in oneâ€™s music production pays since â€œa tree without roots is easily carried away by the windâ€.

The â€˜Let Me Do My Thingâ€™ hitmaker recounted how his partnership with saxophonist and producer Dean Fraser was grounded at the Afro Caribbean centre where proprietor Mr. Daniel made the place a must visit, to soak in Reggae music and learn about RastafariansÂ  back in the day often inviting foreign acts to liven the place.

The â€˜Stop Doubting Meâ€™ singer informed Black Santino, himself a veteran reggae man that his desire is to be known as the African Reggae King so has dedicated his time, energy and resources to churn out Stella music.

Other good tunes on his new album include, â€˜Jah Jah Boni Woleyâ€™, â€˜Elmina Castleâ€™, â€˜The More You Knowâ€™ and â€˜Africa Freedomâ€™ which stresses the need for Africa to thrive in unity and peace saluting greats: Garvey, Nkrumah and Yaa Asantewaa.

He warned that the deaths of those who sacrificed themselves must not be in vain urging the Negroid race to be weary of the Americans, Europeans and Chinese who have started grabbing African lands.

The vegan hinted that a â€˜Dean Fraser Presents Black Prophet from the Motherland Tourâ€™ is in the works so will return to Jamaica to rehearse and reconstitute his band to offer explosive shows.

According to the Nyabinghi man, Dean insisted and worked with him for his singing to be very clear in English, Ga, Twi and Patois for this album since he already had a compelling message.

He pledged staging a massive show in Ghana soon bringing along Duane Stephenson to thank the home supporters for their love while urging DJs to heavily play his tunes while urging music fans to buy his works.