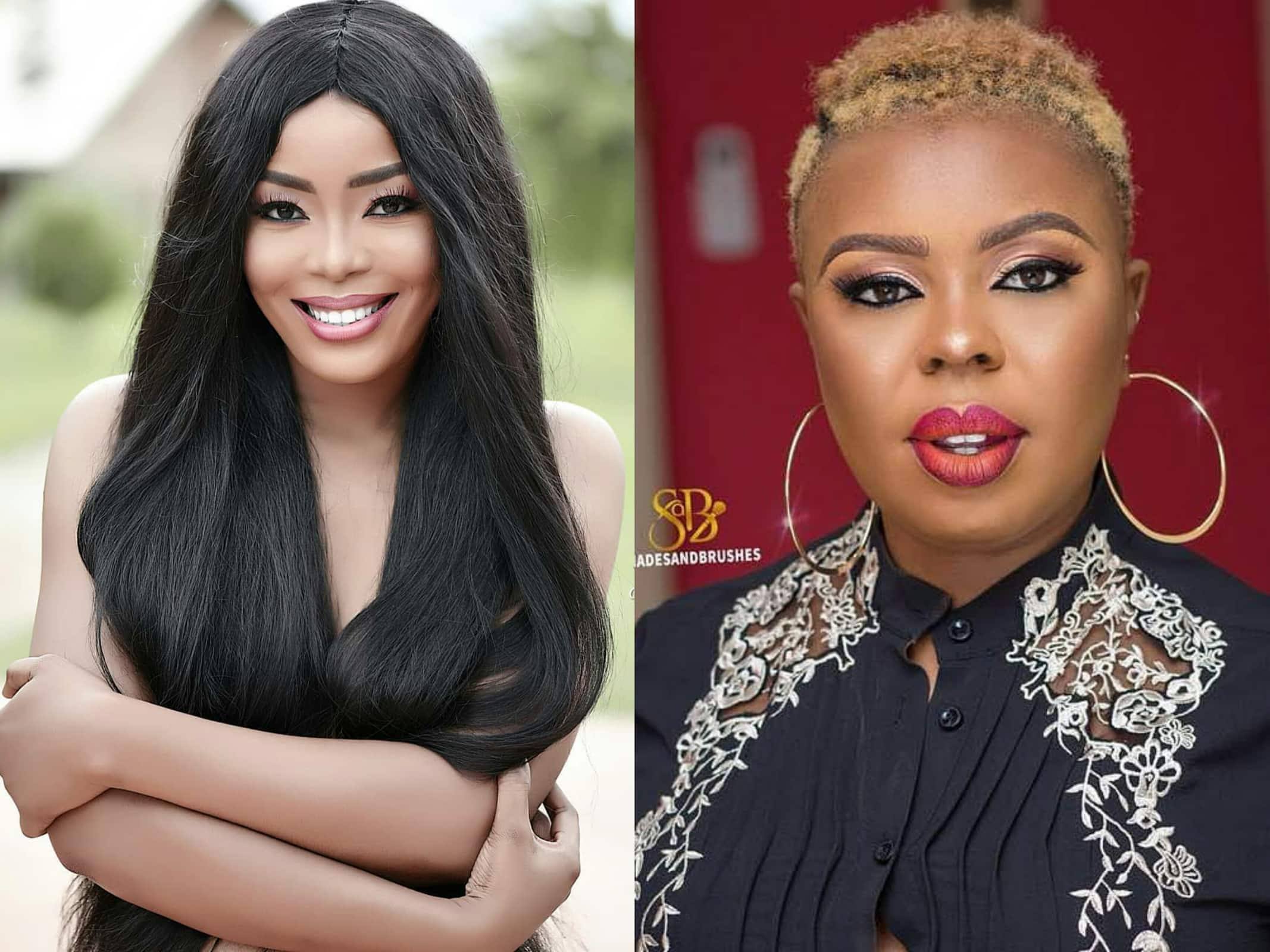 Actress and movie producer Baby Blanche has fired a counter-attack at controversial media personality, Afia Schwarzenegger for calling her ‘ashawo’ and accusing her of bleaching her skin.

The controversies around Afia Schwarzenegger and Baby Blanche seems to be weird as they both throw insults at each other on social media.

Baby Blanche also sent a sweet reply to Afia Schwarzenegger that, she should shut up in the matters relating to business mogul Nana Appiah Mensah.

The actress said that Afia needs someone to speak some sense into her head because her rants on social media were unnecessary.

Reacting to Afia Schwarzenegger’s jabs thrown at her, the actress said that Afia lacks talent and is only known for insulting people and she cannot boast of any talent like she ( Baby Blanche) is known for her great acting skills.

She further stated that Afia Schwarzenegger tried bleaching her skin but she couldn’t afford a quality bleaching cream and had to stop.

The actress stated that she has videos as evidence to her claims.

She also advised Afia Schwarzenegger to grow up and stop attacking people anyhow for no reason.