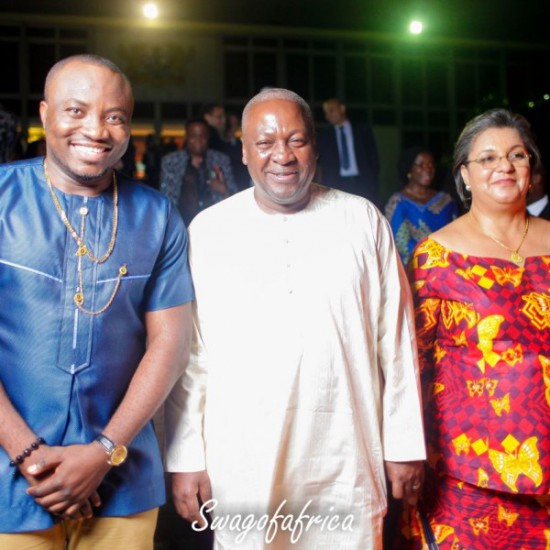 It was all joy for comedian DKB when he had the chance to entertain President John Dramani Mahama and Ethiopian Prime Minister, Hailemarian Dessalegn at a welcome dinner event.

A delighted Derrick Kobina Bonney took to social media to share some of the photos involving the president and his good self as well as other state officials.

The in-demand comedian treated the president and other dignitaries to crisp comic skits on Thursday night at the Banquet Hall in Accra, venue for the dinner.

DKB has in the past criticized as well as praised the current government when necessary. With his latest work affiliations with the president and state officials, only time will tell if his position on issues won’t change.