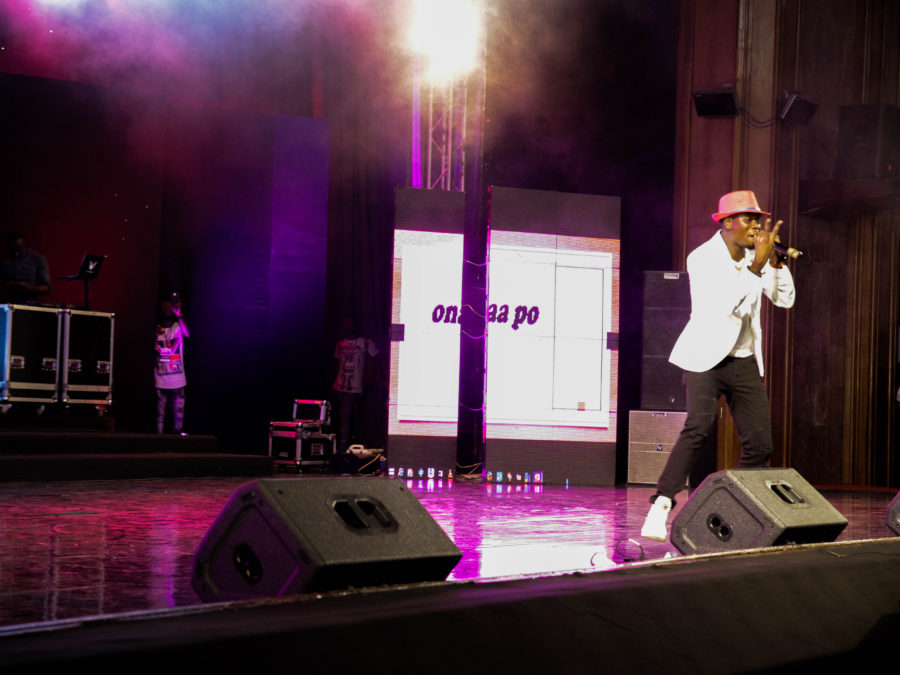 Just when patrons of Citi FM’s  end-of-year- concert Decemba 2 Rememba thought the place couldn’t get any louder, in came singer Dee Aja with his dancers.

Onaapo curiously continues to enjoy massive airplay, especially since the recent elections were declared in the favour of the New Patriotic Party's (NPP) Nana Akufo-Addo.

Hosted by the station's presenters Jessica and Osei Kwame, with music from the seasoned DJ Armani, the concert also saw performances from dancehall singer Shatta Wale, Guru, Article Wan, Nii Funny and others.