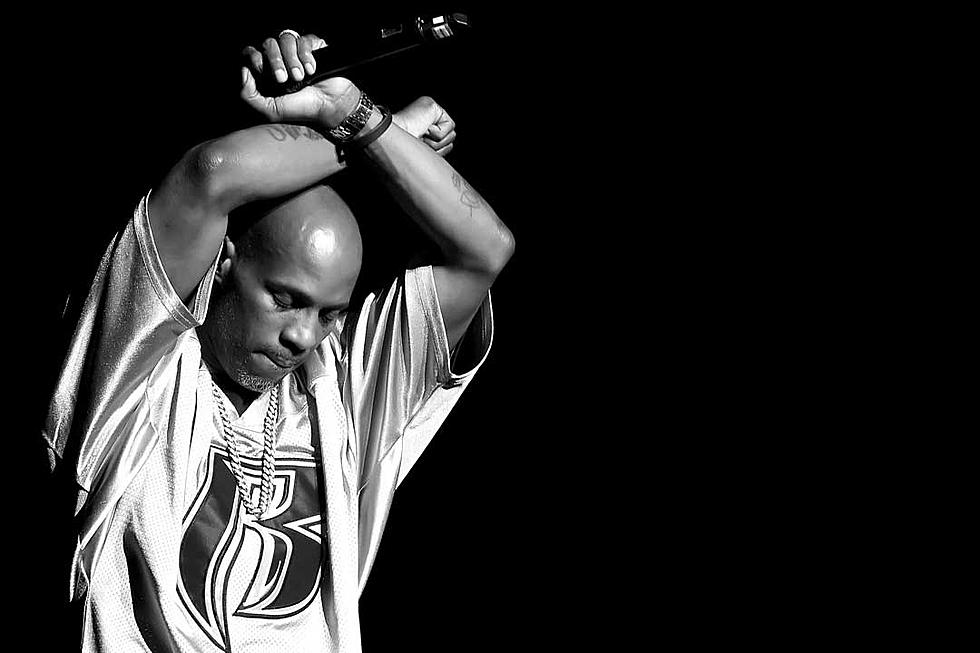 The influential rapper's death was announced on Friday (April 9) after reportedly suffering an overdose that resulted in a heart attack on April 2, XXL has confirmed.

X's team shared a statement with XXL this morning: "We are deeply saddened to announce today that our loved one, DMX, birth name of Earl Simmons, passed away at 50-years-old at White Plains Hospital with his family by his side after being placed on life support for the past few days. Earl was a warrior who fought till the very end. He loved his family with all of his heart and we cherish the times we spent with him. Earlâ€™s music inspired countless fans across the world and his iconic legacy will live on forever. We appreciate all of the love and support during this incredibly difficult time. Please respect our privacy as we grieve the loss of our brother, father, uncle and the man the world knew as DMX. We will share information about his memorial service once details are finalized."

Prior to news surfacing online of X's passing, TMZ reported that the rapper underwent brain functionality tests on Wednesday (April 7) to determine if there had been any improvement in his brain activity following his reported overdose nearly a week ago. However, the outlet revealed Thursday (April 8) that there weren't any changes to DMX's brain.

News first broke of X being in bad health on April 3, when the alleged overdose was first reported by TMZ. According to their report, the overdose allegedly occurred at X's New York home around 11 p.m. He was then rushed to a hospital in White Plains, N.Y. where he was admitted to the ICU. At the time, sources said the rapper may be "brain dead" or in a "vegetative state." Doctors reportedly said his prognosis was bleak.

After initially hearing about DMX's health concerns, many rappers hopped on social media with prayers and words of support. Rick Ross was the first rapper to send well wishes to X and then others like Swizz Beatz, Eminem, Kid Cudi, Snoop Dogg and Busta Rhymes followed. A ray of hope came when X's lawyer, Murray Richman, told New York City's PIX11 News that X had been taken off life support and was breathing on his own in the afternoon on April 3. However, Murray later admitted he was given wrong information on the MC's upgraded health status.

Following news that DMX's family was flying in to be by his side, a rep for the Def Jam artist released a statement. "Last night Earl 'DMX' Simmons was rushed to the hospital after collapsing at home. At this time he remains in ICU in critical condition," the statement read. "Earl has been a warrior his entire life. This situation represents yet another road he must conquer. The Simmons Family appreciates the overwhelming outpouring of heartfelt love, encouragement, support and prayers for Earl. Earl is someone whose life and music have been a source of inspiration and strength to so many people around the world. It is reassuring to see his fans return that same passion and energy to him during his time of need."

Sadly, X was unable to pull through.

DMX, born Earl Simmons, had a much-publicized battle with drug addiction throughout his entire career, which he spoke and rapped openly about. Considered one of the most influential rappers of the late 1990s and 2000s, DMX breathed new life into the rap game when he released his debut album, It's Dark and Hell Is Hot, in 1998, spearheaded by hit singles like "Get at Me Dog," Ruff Ryders' Anthem" and "Stop Being Greedy." He followed up the same year with his sophomore effort, Flesh of My Flesh, Blood of My Blood, and became the first artist to put out two platinum albums in a year. He would go on to release eight solo studio LPs in total as well as delving into acting with major roles in films like Belly, Romeo Must Die and Exit Wounds.

Throughout his career, X struggled to balance fame and staying on the right path. He had been arrested on many occasions in the past two decades, and served a one-year jail stint for tax evasion, for which he was released in 2019. In September of 2019, he signed a new recording contract with Def Jam, reuniting with his first major label home. A month later, he entered into a drug rehabilitation facility. In August of 2020, he announced he was working on his first album since 2015's Redemption of the Beast with frequent collaborator Swizz Beatz.

Always remembered for his gruff style, strong spirituality and uncanny personality, DMX will truly be missed.